Count Hannibal : A Romance Of The Court Of France 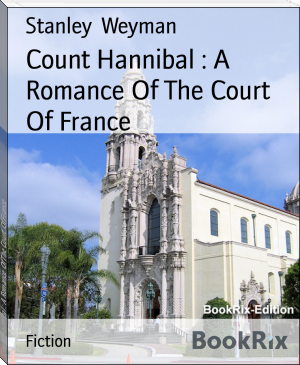 Stanley John Weyman (1855-1928) was an English novelist sometimes referred to as the "Prince of Romance." He was born at Ludlow, Shropshire, as the son of a solicitor. He was educated at Shrewsbury School, and at Christ Church, Oxford. He obtained his degree in modern history in 1877, and was called to the bar at the Inner Temple in 1881. Weyman had been practicing as a barrister for eight years until, in 1889, he wrote his first novel entitled The House of the Wolf (1890). This was followed by the novels which were to make his reputation: among them are historical romances set amidst the turmoil of 16th and 17th century France. His most famous works include: A Gentleman of France (1893), Under the Red Robe (1894), The Castle Inn (1898) and The Long Night (1903).