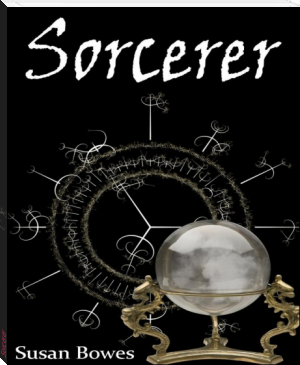 In a time when mystical spells are the norm, deception is the instrument a mere magician uses when he learns of a prophesy about a unique being who will be born to rule many lands through the true ability of conjuring. The wizard kidnaps the infant at birth and raises the child as his own, planning to control the lad in his unending lust for power. Despite the man’s evil plans - Liam grows into maturity having a mind of his own, but insecurity from his father’s cruelty forces him submit.
Liam falls helplessly in love with a bewitching redhead who has haunted his reoccurring dreams, only to discover that she’s real and has shared his visions. However, Sanja wants nothing to do with the heir to the vile kingdom Kydo the Sorcerer now rules. Fighting against a marriage offered because she believes Liam is as wicked as Kydo, Sanja refuses to wed him. But as he begins to woo her, she realizes Liam isn’t the man she thought. Sanja and Liam travel a rocky path in order to find the love they turned from, yet still secretly yearn for, as the young man finally discovers that his father is not the fair and just king he claimed to be.

I no longer have the contract with Wild Horse Press so Sorcerer was taken off amazon.com, but I've since self-published Sorcerer again through Abbott Press. It's available as an eBook on amazon.com, and is being sold in bookstores in both hard cover and soft cover. I hope those who didn't buy my novel before will check it out now.

This was excellent!! Well written and very unique, loved it!!

Can't wait to see where this story goes after such an intriguing opening :) Keep writing :)

it was really good

Wishes she coulld read the rest of the book.

I really enjoyed it , I'll get it , I do have a a nook which is one of those ebooks you speak of

To those of you who've read the 3 chapters of Sorcerer left on bookrix as a tease and would like to read the entire novel it's being sold on https://www.amazon.com for $5.99. It's available only on Kindle which I believe you can download to your computer for free. To get to the page just type in the search box - Wild Horse Press Sorcerer

Again... I want to thank you all for the saves and compliments received on my fantasy.

Like it! Especially the dream sequences foreshadowing an interesting meeting of two royal youths!

If you'd like to purchase my ebook "Sorcerer" for only $5.99 go to https://www.amazon.com and type in the search box - Wild Horse Press Sorcerer - but in order to read it you'll need Kindle which you can download to you PC for free on "Sorcerer's" page. Look under where it says to "Read Sample Chapters" on the top, right hand corner of the page.

Not sure what you're talking about, but I assumed you mean my ghost story "Black Ice." No... that's not it. I am going to add to it, but I'm very busy right now and haven't had time to get back to it yet. I will do so as soon as possible. I'm sorry for making you wait. :-/