The Soul of a Regiment 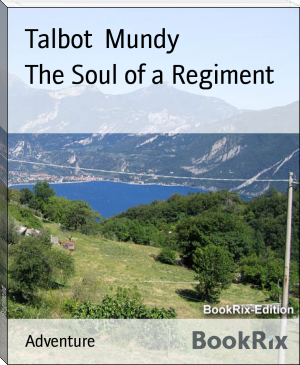 Talbot Mundy (born William Lancaster Gribbon) (23 April 1879 – 5 August 1940) was an English writer. He also wrote under the pseudonym Walter Galt.
Born in London, at age 16 he ran away from home and began an odyssey in India, Africa, and other parts of the Near and Far East. Mundy spent much of his early life as a "confidence trickster" and petty criminal.[1] However, once Mundy moved to the United States, and "been nearly killed in a mugging",[1] his personality changed to an "honest and upright citizen".[1] By age 29, he had begun using the name Talbot Mundy. Mundy started his writing career in 1911.