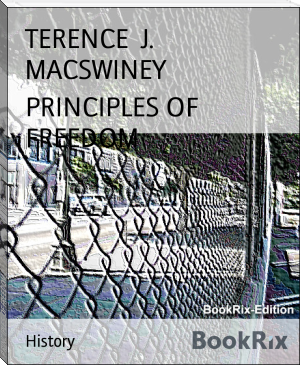 Terence Joseph MacSwiney (/məkˈswiːni/; Irish: Toirdhealbhach Mac Suibhne; 28 March 1879 – 25 October 1920) was an Irish playwright, author and politician. He was elected as Sinn Féin Lord Mayor of Cork during the Irish War of Independence in 1920.[1] He was arrested by the British on charges of sedition and imprisoned in Brixton prison in England. His death there in October 1920 after 74 days on hunger strike brought him and the Irish struggle to international attention.