The 9/11 Deception and False Flag Terror 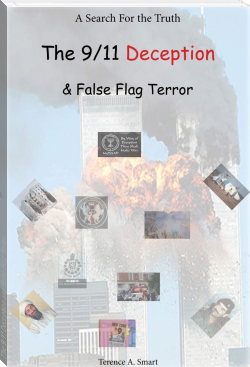 9/11 happened in 2001 but still the true perpetrators of this crime have not been held accountable. There is a lot of evidence which suggests that Israel, Mossad and their Jewish Zionist control of the American government and Media were behind the planning and carrying out of the atrocities of 9/11 as well as their connection to the 7/7 bombings in London.

No one in the American media, Newspapers, T.V networks dare go down the route of blaming Israel.  Jewish Zionist’s control the American Government and media, so it is obvious that they will not investigate an Israeli connection to 9/11.  Lately they have been trying to blame Saudi Arabia for 9/11 but this is a deception so that nobody looks at Israel or America as the guilty party.  Officially they hoodwinked the masses into believing a fairy story that 19 Muslim men with box cutters hijacked planes and caused mayhem on 9/11.  Muslims just happen to be Israel’s biggest enemy and more than once in the past Israel has tried to frame Muslims for terror atrocities that they have carried out and we will go through these Israel false flag events in this book.  I will also go over the latest terror atrocities such as Manchester and the Mandalay Bay Vegas shooting.

Can we really believe the government’s version of events such as 9/11 and 7/7 in London when we already clearly know they lied when they said Iraq had ‘weapons of mass destruction’.

The mass media in the western world keeps telling us over and over in documentaries, movies and education how Nazi Germany removed Jews out of Germany during WW2 but they put less emphasis on the removal of over 750,000 Palestinians from their homes and land by the Jews and many of them slaughtered along the way and we will go over this in a bit more detail in this book.  I will also go over the truth about the destruction of Iraq, Libya and Syria.

We constantly hear in the controlled Zionist media about how most terrorists are Muslims but evidence here will show that it is Israel and America who are the real terrorist nations in this world.

“I am also absolutely certain as a strategic analyst that 9/11 itself, from which all else flows, was a classic Mossad-orchestrated operation. But Mossad did not do it alone” Dr. Alan Sabrosky, U.S War College

“I am not a conspiracy theorist, I am an Air Force Pilot and based on my experience the story we have been told about 9/11 doesn’t add up”. Lieutenant Colonel David Gapp, (Chief Planner of Iraq war)

Good job! I may wish to have a pdf copy. Tnx misbahulabaran@gmail.com

Very very interesting.. Thank you for this unbelievable kind of investigation.

I'll be back to continue reading Incha'Allah.

Thanks it is nice to know somebody liked my book. The world is very different from what we have been told.