The Illuminati and the Deception of History 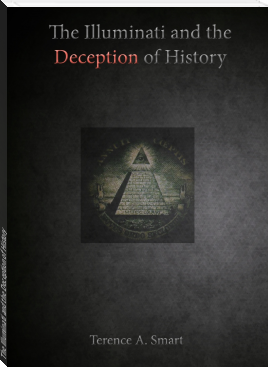 “The world is governed by very different personages from what is imagined by those who are not behind the scenes”, Benjamin Disraeli, Prime Minister Great Britain 1868-74

History is a lie.  Most of the things you have been taught by your governments or your education about important historical events such as World War 1 & 2, JFK, 9/11, Banking, War on Terror, UFO's is a lie and these are just some of the bigger deceptions.  The Illuminati and the Jesuits have an agenda (one world government) and to nudge the world towards this agenda they carry out atrocities such as 9/11 or the JFK assassination. But they make the public believe with the media corporations that they control (CNN, ABC, Reuters, BBC) that someone else did it i.e. Oswald or the Muslims.

The governments of the world especially the western world are run from behind the scenes, by a secret group of men. This group have been known by several names, secret cabal, Freemasons, Illuminati, Khazarian Mafia, committee of 300 etc. It is no good denying this and saying it is just a ‘conspiracy theory’ because many Presidents, Freemasons and Heads of State have acknowledged this down through the ages, just look at the quotes from above and Disraeli knew this 150 years ago.

The goal of the Illuminati is total control of the world. The only nations, which are holding out against their power, are some Islamic nations, Russia and China but this resistance is limited because the Illuminati have crushing economic power.

To be able to do this they need to have total secrecy to carry out this deadly plot. One of the biggest mistakes the secret cabal have made is allowing the internet to flourish.  More people have woken up to this plot because of the massive amounts of information on the internet.  But don’t expect this to last because I am sure they will place massive surveillance on the internet in the future and closedown any website that tries to expose them.

They can carry out these wars and revolutions because they control the governments and their armed forces.  The presidents and prime ministers are just puppets been told what to do and say from behind the scenes.

To bring about this New World Order they have caused the slaughter of a few hundred million people.

But could their time as controllers of this plant becoming to an end?