The Truth about Germany and the World Wars 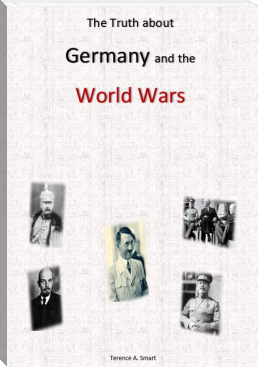 We are all familiar with the story of Adolf Hitler that the United States, Britain and the Jews would like you to believe. Hitler has been made out to be one of the most “evil” people to have ever lived, slaughtering millions of innocent Jews. This same story has been echoed throughout Hollywood for decades, and by now it’s safe to say billions of dollars have been spent to convince you of this black and white, good vs evil perspective about the Nazi regime. What if it isn’t entirely accurate?

I can tell you it is definitely not accurate. What you see on the T.V screens or in the movies or documentaries about World War 2 is the Jewish version of WW2 and they will not tell you the truth but this book will. You see the Jews own Hollywood and own 97% of the media in the Western World so you are not likely to get the truth about WW2 from these.

If you read the book please leave a review if possible, thanks.

This has to be one of the most disturbing things I have ever read. The level of hatred of Jewish people is over and above anything I have ever read.
It is also badly written. Where and were are not interchangeable words nor are there and their. I found it difficult to read it is so poorly written.
The author claims all other books about the subject are total lies made by the Jewish controlled media. This is just nonsense. I... Show more

This has to be one of the most disturbing things I have ever read. The level of hatred of Jewish people is over and above anything I have ever read.
It is also badly written. Where and were are not interchangeable words nor are there and their. I found it difficult to read it is so poorly written.
The author claims all other books about the subject are total lies made by the Jewish controlled media. This is just nonsense. I prefer to believe respectable authors such as Max Hastings or Hugh Ambrose. They do proper research and quote reliable sources.
A lot of time and effort has gone into this book. Shame it is wasted time and effort.

Maybe you should calm your mind and read it to the end.

This is not hatred but history. You seem to have some level of prejudice in your mind( judging before facts). Anyways good luck.

Every one posts a good review and here you are, you seem to enjoy thrashing the work of others

Very interesting nd fascinating, I will be glad to have a pdf copy thru misbahulabaran@gmail.com.

This book is AMAZING!! Can you please email me a PDF copy?

Hi Apurva Glad you liked my book. I can send you a PDF copy of my book. Send me an email at smartterry@protonmail.com and I will send you a copy. Thanks

Heard good things about this book!

Thanks for downloading my World War 2 ebook. Any comments about the book would be appreciated. Thanks.

My win7 PC cannot open an "*.epub" file (2 hours downloading various converters and readers - dead end) - do you have it in PDF? TXT? DOC? Any suggestions?

Yes you can get the Calibre ebook reader from this location.
https://calibre-ebook.com
It is very good. You can read ebooks with this program and convert them to any format including PDF. If it does not work I can email you a PDF copy.