A Tribute to Love and Freedoms By: Thaddeus Hutyra 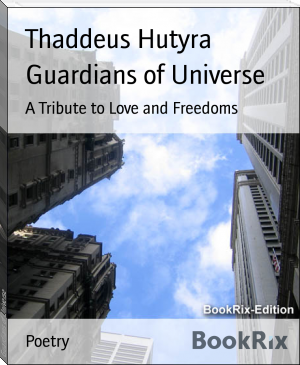 Have you ever seen so many wonders ?
Snowy Mount McKinley under the Alaska skies
Mount Saint Elias, majestic Rocky Mountains
Wildcat Mountain of White County in Georgia
and all those grandiose skies above them
from British Columbia to New Mexico, so different
and as far as the Oregon and Idaho skies
Utah and Arizona skies as well, rainbow alike
mirroring nature as if the world were Amazonia only
a wishful thinking but yes, just stand for nature !!

We're camping for a while in Grand Canyon
at the side of the Colorado River in Arizona
Nights are splashed with shimmering stars
days showing skies playing a heavenly music
to the tunes of Chopin's polonaises and waltzes
Skies differ from the very blue to rainbow alike
constantly on the move, slower or faster, rhythmic
Numerous hawks adding to this their own music
and of course we ourselves, in our spasms of love
which fly up the sky like those hawks are doing

We're leaving yet for another long ride
through vast spaces of American land
as always under the magic and magnetic skies
with all their splendid repertoire of music
from Chopin to Beethoven's Appassionata
from a country music to a modern pop & rock
Days are a ride, nights are passionate love
Join us whoever you are and as a reward
you shall join the stars on the nightly sky
as yet another star, perhaps the brightest one

Traveling all the way from fabulous California
to magic New Jersey perhaps, we don't care
bathing lovingly in the Sun on the way
with our car speeding on the speedway
under American skies tributing Stars and Stripes
from Idaho via Nebraska to the Florida's skies
Sleeping yet under the great Oklahoma skies
and the Mississippi skies, catching stars
staying overnight under so many other skies
Finally arriving in Miami, basked in the Sun

Edward Jessup, a young psycho-physiologist, experiments with different states of consciousness, obsessed with an addiction to truth and knowledge. He injects himself with psychedelic drugs, lies locked in an isolation tank and experiences all the stages of pre-human consciousness until finally terrible ...