Shall Turkey Live or Die 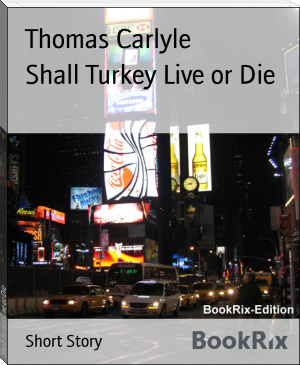 Thomas Carlyle (4 December 1795 – 5 February 1881) was a Scottish philosopher, satirical writer, essayist, historian and teacher.[1] Considered one of the most important social commentators of his time, he presented many lectures during his lifetime with certain acclaim in the Victorian era. One of those conferences resulted in his famous work On Heroes, Hero-Worship, and The Heroic in History where he explains that the key role in history lies in the actions of the "Great Man",

Yay! A makeup video! I watch all your vlogs, but it's nice to see one of these, too.