The History of the Rise, Progress and Accomplishment of the Abolition of the African Slave Trade

by the British Parliament (1808) Vol. II By: Thomas Clarkson 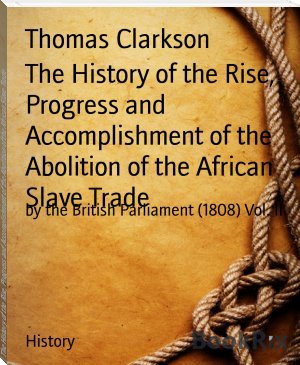