From The Earliest Period To The Emancipation Of the Catholics By: Thomas D'Arcy Mcgee 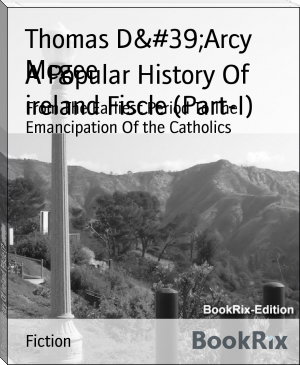 Thomas D'Arcy Etienne Hughes McGee, PC, (13 April 1825 – 7 April 1868) was an Irish Nationalist, Catholic spokesman, journalist, and a Father of Canadian Confederation. He fought for the development of Irish and Canadian national identities that would transcend their component groups. He is, to date, the only Canadian victim of political assassination at the federal level.
Widely known as D'Arcy McGee, he was born on 13 April 1825 in Carlingford, Ireland, and raised as a Roman Catholic. From his mother, the daughter of a Dublin bookseller, he learned the history of Ireland, which later influenced his writing and political activity.