REMARKS TO THE UNITED STATE SENATE "ON THE EXPUNGING RESOLUTION" 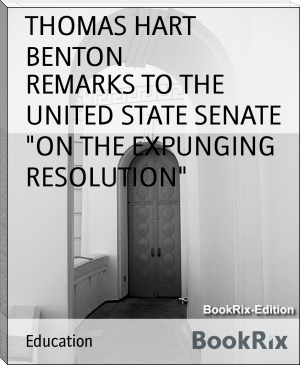 Thomas Hart Benton (March 14, 1782 – April 10, 1858), nicknamed "Old Bullion", was a U.S. Senator from Missouri and a staunch advocate of westward expansion of the United States. He served in the Senate from 1821 to 1851, becoming the first member of that body to serve five terms. Benton was an architect and champion of westward expansion by the United States, a cause that became known as Manifest Destiny.