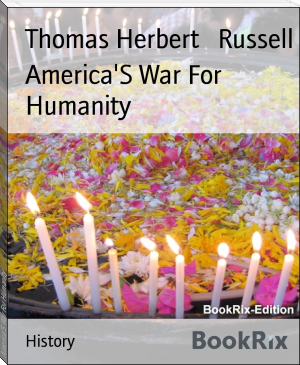 Thomas Herbert Russell With the signing of an armistice November 11, 1918, by the plenipotentiaries of the nations at war, active hostilities were halted while the sweeping terms of the truce were being complied with by Germany. The collapse of the Teutonic forces came with a suddenness that was surprising, and the collapse was complete. The German army and navy ceased to be a menace to the civilized world—and all civilization rejoiced with an exceeding great joy.In honor to these who have attained this glorious victory. In honor to the commingling flags of the allied nations reflecting in their rainbow hues a covenant of everlasting peace in this their hour of triumph, may we all consecrate our purposes and our lives to a brotherhood of mankind, a spirit of broadest humanity and universal peace on earth.