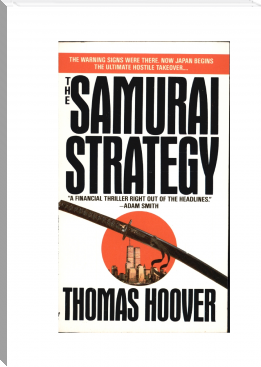 ”A financial thriller right out of the headlines.” Adam Smith

A high-finance, high-tech thriller of Wall Street, murder, currency manipulation. A mysterious Japanese industrialist begins a massive 'hedging' in the US markets. Two weeks later, in Japan’s Inland Sea, divers working for him recover the Imperial Sword, given to Japan's first Emperor by the Sun Goddess. Can a lone American lawyer stop him from bringing down the US?