The Grounds of an Opinion on the Policy of Restricting the Importation of Foreign Corn: intended as an appendix to

"Observations on the corn laws" By: Thomas Malthus 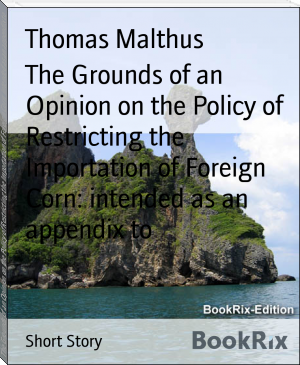 The Reverend Thomas Robert Malthus FRS (13 February 1766 – 29 December 1834[1]) was an English cleric and scholar, influential in the fields of political economy and demography.[2] Malthus himself used only his middle name Robert.His An Essay on the Principle of Population observed that sooner or later population will be checked by famine and disease, leading to what is known as a Malthusian catastrophe. He wrote in opposition to the popular view in 18th-century Europe that saw society as improving and in principle as perfectible.