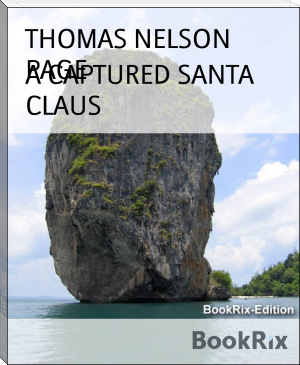 Thomas Nelson Page (April 23, 1853 – November 1, 1922) was a lawyer and American writer.[1] He also served as the U.S. ambassador to Italy under the administration of President Woodrow Wilson during World War I.
Born at Oakland, one of the Nelson family plantations, in the village of Beaverdam in Hanover County, Virginia to John Page and Elizabeth Burwell (Nelson). He was a scion of the prominent Nelson and Page families, each First Families of Virginia. Although he was from once-wealthy lineage, after the American Civil War, which began when he was only 8 years old, his parents and their relatives were largely impoverished during Reconstruction and his teenage years. In 1869, he entered Washington College, known now as Washington and Lee University, in Lexington, Virginia when Robert E. Lee was president of the college. In Page's later literary works, Robert E. Lee would come to serve as the model figure of Southern Heroism.[2] Page left Washington College before graduation for financial reasons after three years, but continued to desire an education specifically in law. To earn money to pay for his degree, Page tutored the children of his cousins in Kentucky. From 1873 to 1874, he was enrolled in the law school of the University of Virginia. At Washington College and thereafter at UVA, Nelson was a member of the prestigious fraternity Delta Psi, AKA St. Anthony Hall.

Admitted to the Virginia Bar Association, he practiced as a lawyer in Richmond between 1876 and 1893, and also began his writing career. He was married to Anne Seddon Bruce on July 28, 1886. She died on December 21, 1888 of a throat hemorrhage