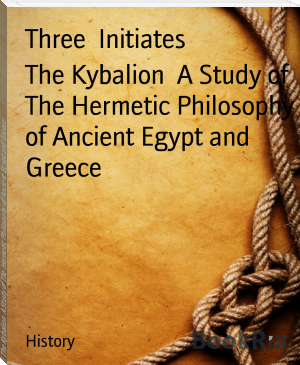 "The lips of wisdom are closed, except to the ears
of Understanding"--The Kybalion.

From old Egypt have come the fundamental esoteric and occult teachings
which have so strongly influenced the philosophies of all races, nations
and peoples, for several thousand years. Egypt, the home of the Pyramids
and the Sphinx, was the birthplace of the Hidden Wisdom and Mystic
Teachings. From her Secret Doctrine all nations have borrowed. India,
Persia, Chaldea, Medea, China, Japan, Assyria, ancient Greece and Rome,
and other ancient countries partook liberally at the feast of knowledge
which the Hierophants and Masters of the Land of Isis so freely provided
for those who came prepared to partake of the great store of Mystic and
Occult Lore which the masterminds of that ancient land had gathered
together.