Mission to save the Royal Family By: Todd Hicks 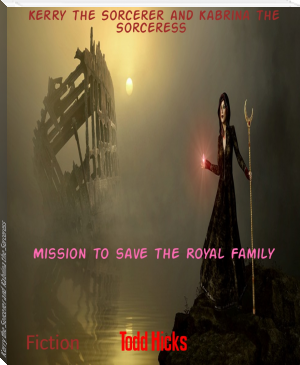 It all starts with a lizard contaminated by nuclear radiation transforming into a fire-breathing dragon who causes widespread destruction. With firefighters only having two of the fires under control, it's up to Kerry the Sorcerer to douse the other fires and stop the dragon before he must recharge his magic amulet.

Powerful as Kerry is, he needs help; so, he trains Katrina Wand to be his apprentice. These two form a powerful duo who can stop foes wielding enormous powers.

After Dread kidnaps members of the Royal family he issues an ultimatum in which a large ransom must be paid for their safe return within a few hours. Kerry and Kabrina must save them before time runs out; in order to pull it off, they must make it through Dread's deadly mansion.

Add to Favorites
Book Recommendation
Secret Melody of the Sea