The San Francisco Calamity by Earthquake and Fire 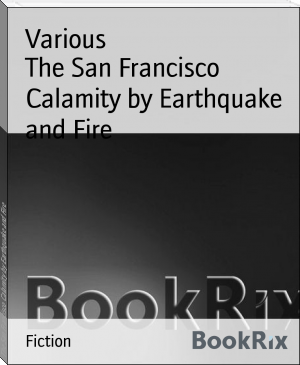 On the morning of April 18, 1906, San Francisco was struck by a violent earthquake that shook the city and ignited an even deadlier menace - a three-day fire that burned up and down the city's streets and incinerated its buildings and neighborhoods. Landmarks, homes, hotels, churches, and artwork were reduced to rubble and ash. Hundreds died, and thousands more struggled to find food, money, and shelter or fled the city by ferry. Pennsylvania native Charles Morris, one of the more prolific and versatile writers of his day, went to San Francisco immediately following the earthquake to interview survivors and observe the mayhem. "The San Francisco Calamity by Earthquake and Fire" was rushed into print a few weeks thereafter. Considered the first full and balanced account of the earthquake and fire, Morris' gripping record combines dramatic eyewitness accounts and firsthand observations with scientific fact and grim detail, contrasting romantic tales of heroism and escape with the stark realism of devastation, death, and loss.