The Testimony Of An Eye-Witness By: Victor Hugo 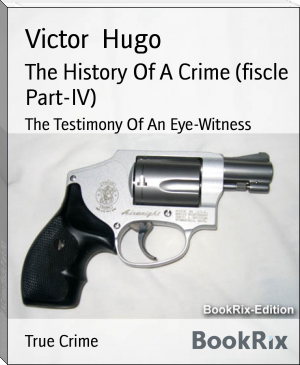 Victor Hugo's documentary historical novel History of a Crime is an impassioned recording of the December 1852 coup d'etat that brought the usurper he called "Napoleon le petit" to power, and sent Hugo into an eighteen year exile. The work was written in the few months following Hugo's flight, but only published in 1877, when Hugo feared a similar takeover by Marechal Mac-Mahon, who had threatened the dissolution of the republican-dominated Chambre des deputes. Louis-Napoleon Bonaparte (1808-1873) was elected President (December 20, 1848- December 2, 1852) of the Second Republic of France and subsequently accepted the title of the Emperor (December 2, 1852- September 4, 1870), reigning as Napoleon III.