ON A CHINESE SCREEN 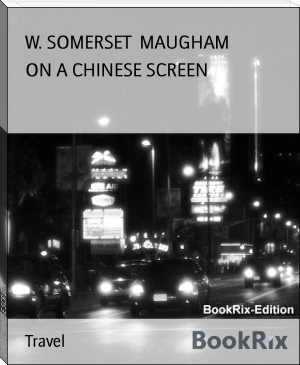 On a Chinese Screen, also known as On a Chinese Screen: Sketches of Life in China, is a travel book by W. Somerset Maugham, first published in 1922. It is a series of short sketches Maugham made during a trip along the Yangtze River in 1919-1920, and although ostensibly about China the book is equally focused on the various westerners he met during the trip and their struggles to accept or adapt to the cultural differences they encounter, which are often as enormous and as alienating as the country itself.