Letters From The Front By: William Gough 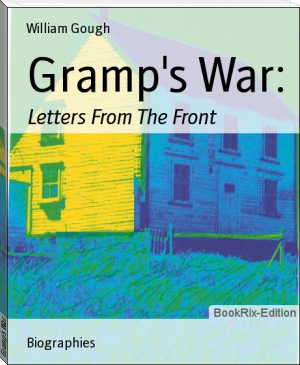 When my Grandfather Gough enlisted to fight and left his home outport of Elliston, Newfoundland in WW 1, he was a innocent boy.
By the end of WW 1 he was a shattered man, who had lost the main illusions of his life. Yet, he managed to write brave letters from the front; letters that reflected his life and times in such a way that I want what he said to be available for free, for us all - so we may all avoid war in all times forever.
My grandfather never glorified war to me, he warned me against it, told me to avoid fighting for belief; he regretted the killing he did, mourned those he'd shot & bayoneted, and was straight-ahead honest about his life-long opinion that to kill is wrong - period.
I write of his war in other books, in this one it's time to share with the world what he wrote in his period of learning. I ask to remember, as you read them, the time in which he lived, & to consider the falsehoods that were told him in order to have him fight. Those were terrible times of a war that could have been avoided.

Great job author, I really like your writing style. I suggest you join N0velStar’s writing competition, you might be their next big star.

"Howard was the Thomas Wolfe of fantasy, and most of his Conan tales seem to almost fall over themselves in their need to get out."

"A hero of mythic proportion, fashioned by a storyteller who helped define what a modern fantasy should be. "Rogues in the House" ...