Speech of Hon. William Lorimer of Illinois in the Senate of the United States, February 22, 1911 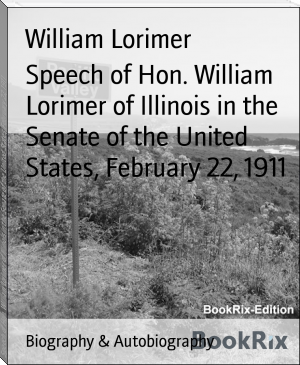 William Lorimer (April 27, 1861 – September 13, 1934) was a U.S. Representative from the State of Illinois. He subsequently served in the United States Senate and was known as the "Blond Boss" in Chicago. In 1912, however, the Senate held Lorimer's election invalid due to the use of corrupt methods and practices including vote-buying.