THE BOOK OF REVELATION By: WILLIAM MILLIGAN 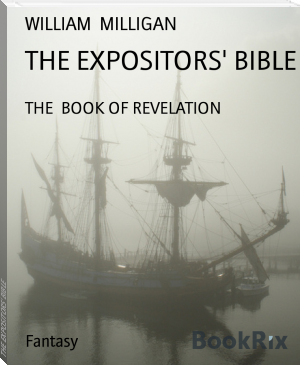 William Milligan (15 March 1821 – 11 December 1892) was a renowned Scottish theologian. He studied at the University of Halle in Germany, and eventually became a professor at the University of Aberdeen. He is best known for his commentary on the Revelation of St. John. He also wrote two other well-known books that are classics: The Resurrection of our Lord and The Ascension of our Lord.He was born at Edinburgh on 15 March 1821, the eldest of seven children of the Rev. George Milligan and his wife, Janet Fraser. His father, a licentiate of the church of Scotland, was then engaged in teaching at Edinburgh, and Milligan was sent to the high school, where he was dux of his class. In 1832, when his father became minister of the Fifeshire parish of Elie, he was transferred to the neighbouring parish school of Kilconquhar, and thence proceeded in 1835 to the university of St. Andrews. Though only fourteen years of age, he earned from that day, by private teaching, as much as paid his class-fees, much to his parents' relief, for Elie was a 'small living.' Graduating M.A. in 1839, and devoting himself to the ministry, he took his divinity course partly at St. Andrews and partly at Edinburgh, and for a time he was tutor to the sons of Sir George Suttie of Prestongrange. [1]