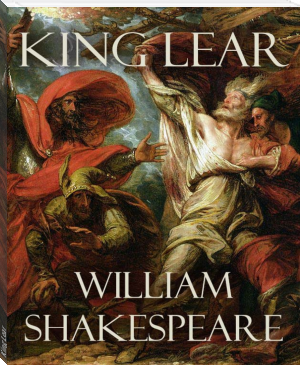 King Lear is a tragedy by William Shakespeare.

The title character descends into madness after foolishly disposing of his estate between two of his three daughters based on their flattery, bringing tragic consequences for all. The play is based on the legend of Leir of Britain, a mythological pre-Roman Celtic king.

Considered one of four “core tragedies” (Hamlet, Othello, and Macbeth), King Lear commences with Lear, having achieved great age but little wisdom, dividing his kingdom among his three daughters in return for their proclamations of love for him. Two of his daughters, evil to the core, falsely profess their love, while Cordelia, his good and true daughter, refuses his request. Enraged, Lear gives his kingdom to his evil daughters and banishes Cordelia. Lear pays a dear price for this rash act. The play systematically strips him of his kingdom, title, retainers, clothes, and sanity in a process so cruel and unrelenting as to be nearly unendurable.