A Journey Through The Kingdom Of Oude, Volumes I & Ii (fiscle part-XIV) 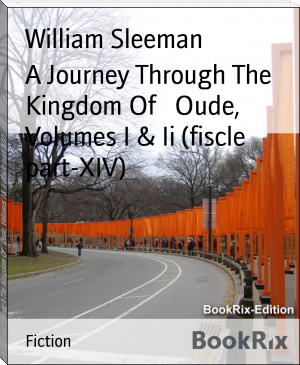 Major-general Sir William Henry Sleeman KCB (8 August 1788 – 10 February 1856) was a British soldier and administrator in British India, best known for his work suppressing Thuggee activity.Sleeman he was born in Stratton, Cornwall, the son of Philip Sleeman, a yeoman and supervisor of excise of St Tudy.[1]

In 1820 he was selected for civil employ, and became junior assistant to the Governor-General's agent in the Saugor and Nerbudda territories. In 1822 he was placed in charge of Narsinghpur District, and would later describe his two years in the role as by far the most laborious of his life.[2] He was gazetted to the rank of Captain in 1825, and in 1828 assumed charge of Jubbulpore District. In 1831 he transferred to Sagar district to cover for a colleague on leave. Upon his colleague's return, Sleeman continued with magisterial duties in Sagar until 1835.