Advantages and disadvantages of the adversarial system in criminal proceedings 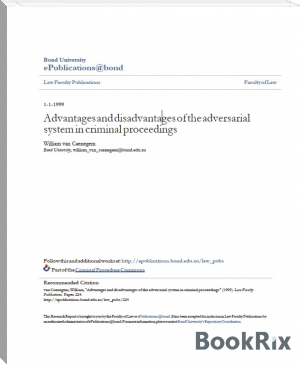 In this sub-section the advantages and disadvantages of the adversarial system are investigated with reference to themostwell-known (and closely affiliated) alternative, the (so-called) inquisitorial system prevalent in continental Europe.

Although the adversarial system is contrasted with the inquisitorial system, thelatter in fact also enshrines in lawthe right of theaccusedtoopposethe evidence of the prosecution and introduce evidence to prove innocence; it is thus 'contradictoire' (to use the French term) or adversarial in that sense. It is rather the structure and organisation of the forensic process or investigative method, than the adversarial nature of proceedings, that distinguishes the two systems.I In an adversarial system, the parties, acting independently and in a partisan fashion, are responsible for uncovering and presenting evidence before a passive and neutral trial judge or jury. In an inquisitorial system, the ultimateresponsibility for findingthe truth lieswithanofficialbody that acts with judicial authority, and gathers evidence both for and against the accused. Whereas the actors in an adversarial systemare equal and opposing parties, in an inquisitorial systemthe accused is thus not a party to proceedings to the same extent.