A PRACTICAL VIEW OF THE PREVAILING RELIGIOUS SYSTEM OF PROFESSED CHRISTIANS

IN THE MIDDLE AND HIGHER CLASSES IN THIS COUNTRY, CONTRASTED WITH REAL CHRISTIANITY By: WILLIAM WILBERFORCE 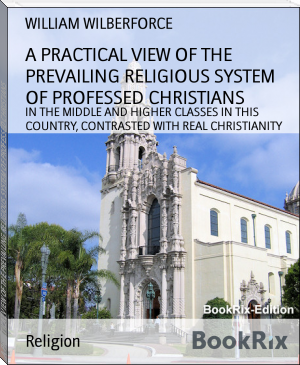 William Wilberforce (24 August 1759 – 29 July 1833) was an English politician, philanthropist, and a leader of the movement to abolish the slave trade. A native of Kingston upon Hull, Yorkshire, he began his political career in 1780, eventually becoming the independent Member of Parliament for Yorkshire (1784–1812). In 1785, he underwent a conversion experience and became an evangelical Christian, which resulted in major changes to his lifestyle and a lifelong concern for reform