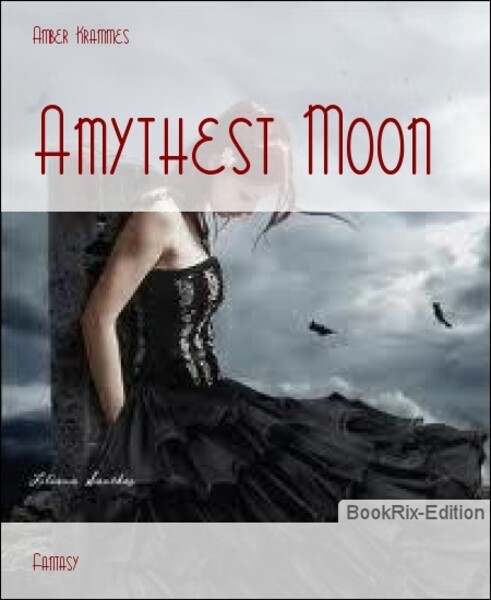 Walking up the golden beach watching the seagulls swooping and diving in the ocean, while some of them scurried up the sand on the beach. They seemed to be watching me as I watched them, waiting on me to throw bread or some other kind of food to them as most of the tourist do when they come to see the ocean. Sighing wondering if I were a tourist and where that might be in the months to come if I might throw them food too on some other beach far from here. Staying here with Cole would be enough for me, smiling at the thought of him. The sun seemed to warm me on the outside as the love I felt warmed me on the inside. The smell of the ocean filled my lungs as I took in a long breath and exhaled slowly. The sand curved to my feet as I walked, somehow massaging my feet as I moved. Stopping to stare out at the horizon my heart filled with joy and radiated out to my fingers and toes. Tonight Cole and I would be bonded by our love, our blood, under the Amethyst Moon.

Is it time Yet?

IS IT TIME YET?

WHERE THEY KEEP COMING FROM..


Standing amongst about twenty wolves, Chase grinned, breathing in the cold night air lifting his face and shutting his eyes to the blood moon he could feel the beast within him begging to be let lose. Shivering with the adrenaline pumping through his veins this was he chance, his chance to become immortal, the chance to be able to set the beast free at will. Lowering his head to stare out at the wolves that gathered to help him,"Tonight, my brothers! We shall steel from the vampires like they have us for centuries! We shall take the life of a poor girl that is going to be condemned to hell, we shall set her free from these parasites.With the girls blood we will set her soul free and I shall be your leader for all eternity, and lead your families from today and here after!" A chorus of howls shattered through the night sky in agreement. "Be quick and fast and destroy every vampire that steps in your paths tonight, we are fearless, we are better than the vampires! Because we are werewolves!" The chorus of howls rang higher and higher through the sky as the wolves were working themselves up for the fight.

"They're here!" Mieka ran in Cole's house shouting."Where at, how many are there?" Cole asked standing from the couch. Mieka opened his mouth and instantly shut it looking toward the bedroom. Frowning Cole looked at Mieka "What, What's wrong Mieka?" Lifting his hand pointing his index finger Cole followed where he pointed. He realized right away why Mieka was speechless, it was Tess. She was absolutely stunning, the black dress hugged ever corner of her gracious body like someone sewed it to her body. Sparkling like a diamond with the little jewels sewn into the satin material.The v-shape in the front dipped just low enough to show her cleavage where a perfect bow tie was set by lace. The dark blood cloak swung with her as she walked, Tess let her strawberry blond hair fall lose down her back in curls. Her blue eyes glowed from under her eyelashes. Blushing I realized that both vampires were staring at me, not saying a word I had stunned them silent. Leo came bursting through the patio door panting "Cole, Mieka we gotta go, they are coming. They are about two to three miles out, but heading this way." Turning Leo spotted Tess standing in the hallway. "Oh, hey Tess. You are looking good." Given me a broad smile. Blushing, looking down to my feet for half a second "Let's go" I said and walked up to Cole. Reaching out for his hand "Shall we?" I asked,he was staring at me with his mouth slightly open he reached out and took my hand. Blinking "You are mouth watering." growling at me through his teeth. The way he said the words made my heart race and the blood in my veins felt like they was on fire. My mind spun, looped and whirled as he gently kissed my lips.Not caring who was around,I didn't sense them at that moment and even if I had I wouldn't have cared. I loved the way he kissed me and held me close. Breaking free from the kiss Cole smiled a breath taken smile, Feeling like I was in the clouds trying to steady my racing heart beat and slow my breathing, I noticed all the vampires were staring at us. Reid was gently smiling lounging against the wall with his head inverted toward the floor. Leo had an arrogant smile, (like always)as broad as his face. Lohan and Keegan wore the same expression, blank not paying attention to anyone as they stood shoulder to shoulder in front of the patio door. Austin was blushing, with his dimples showing proud in his face, shifting his feet standing in the corner with a grin. Feeling the heat streak over my cheeks, I blushed looking down at Cole's chest. I hadn't noticed they were all staring at Cole and I,hell I didn't even know they was all in here with us. Clearing his throat stepping away from me a little, but not letting go of my arm "I believe it is time to go."

Love Will Make You Do Weird Things

Love will make you do weird things.

That was one of the best baths I think that I have ever experienced in my whole life. Well it was the very first as a vampire, but still it was awesome. I could have stayed in the tub for hours if Cole hadn't came and knocked on the door wanting to know if he was going to see my today or not. With a heavy sigh I climbed out of the tub.
I still couldn't get used to how everything was heightened, my smell, touch, taste, every sense that I knew that I had has been multiplied by 100 maybe even more. It was marvelous! Hearing people in the other room that was just whispering, I knew that Jen and Leo had made up even though they were outside. I could hear there conversation and then I could hear Cole in the bedroom flipping through T.V channels. The beach sounded like I was standing with my feet in the surf watching the tides roll in and out. The smells. OMG the smells, I could smell everything! The strawberry scent of the shampoo that I washed my hair with the salt from the ocean, the fish that swam close to shore I could smell and knew what they were.
It was all just amazing.

Dedication:
This is for my daughter, without her I would have never attempted to do this.