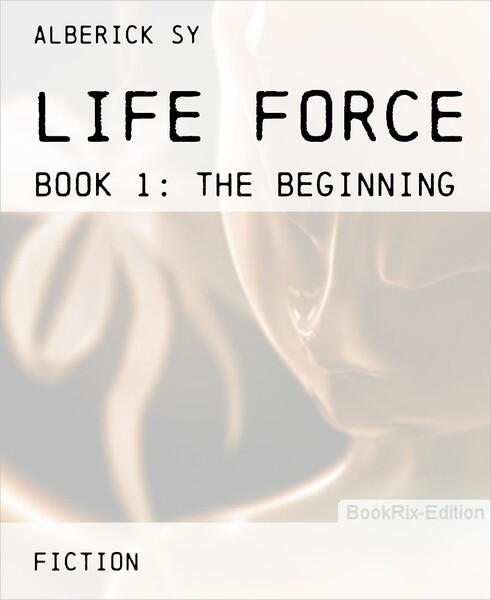 Not so long ago, A peaceful race of aliens known as Fornax, discovered a source of power from a dying star which gave them unbelievable abilities. They became so obsessed with the power that they kept everything to themselves and started conquering other planets. The Federation of Allied Planets, the peace keepers of the galaxy had no power to stop them. They sent spies to find out the source of their power and found out about their secret.


They then decided to take action and destroyed the source of the material. Most are destroyed, but fragments was cast into space and got caught in a passing asteroid heading towards the milky way galaxy… Straight collision to planet EARTH.

“OH MY GOD! I’m late for class!” Chris shouted as he ran to gather his stuff for school. “MOM! Why didn’t you wake me?” “I did wake you up. You just nodded and said you’ll be right down.” His mother replied. “Thanks for waking me.” Chris sarcastically remarked as he went out of the house. At 18, you would’ve expected him to leave the comfort of his home to study in a University far away. But instead, he chose to stay and study in a nearby university a bike ride away from home. Captain of the football team in High School and the most popular kid in school. “Hey, wait up!” a voice from behind him yelled. It was his best friend Cory on skates. “Why are you late?” First day of class and you’re late.” “Look who’s talking” said Chris. “You know we always go to school together… It has been our tradition since the day we met” Cory quietly remarked.


“I was just teasing you man. My day wouldn’t be complete without you.” Chris commented and laughed. The two had been inseparable since they were 4. Cory just moved next door to Chris’ house and Chris approached him and asked if he wanted to be his best friend.

“There’s going to be a meteor shower later tonight. Let’s watch it on the fields.” Cory grinning excited to watch the meteor shower. Same Age as Chris but a month younger. A lover of nature and science which most people might call “geek”. “Ok. Whatever you say geek.” Chris said in a boring way. Cory glared at him and just continued on about how lucky they are to witness the phenomenon.


Chris just willingly followed his friend. They chatted about how the day went. Then the meteor shower started. “Wow! I have to admit, this is awesome!” Chris said while he was mesmerized by the beauty. Unknown to them that their lives are about to change.

BAM! “What was that?” Cory said nervously as he looked around the field. Chris looked but said to Cory that it was probably just his imagination and told him just watch the meteor shower. But Cory was sure he heard something. He looked again and saw that there was something glowing over the other side of the field. Cory asked Chris to go with him and investigate.


Chris was already sleepy but he decided to go with his friend coz he knows he won’t stop until he does. It was about a kilometre away, “good thing you brought your bike.” Cory said. At the crash site, they saw this eerie glow coming from the small hole caused by the meteor. And they saw 2 small rocks that were glowing. “Cool! Space rocks!” Chris said as he reached out for the rocks. Cory wanted to stop him but he already got them before he could say a word. “This one’s yours.” Chris said as he handed out a rock to Cory. “Cool! I will always remember this night for the rest of my life.

Chris woke up still a little sleepy. But he had to get up or he’ll be late again for class. He stood up and reached for the door and pulled it. He didn’t notice that he “accidentally” pulled the door and was holding the door knob, together with the door, on one hand. He put it aside and did his usual routine. When he got out of the bathroom, he noticed that the door was “missing” from where it’s supposed to be.


He sort of freaked out and thought maybe it was already loose. He grabbed something to eat and ran out to go to class. “Dude! Wait up!” Cory called for Chris. “Did you notice anything weird today?” “No, not really.” Chris said. He thought for a second about the door this morning… “Dude! You have super strength!” exclaimed Cory.


A puzzled look came to Chris’ face. “I know about the door to your bathroom. Dude! I can read minds!” Cory excitedly said. Chris didn’t believe him and put Cory’s powers to the test. “OH MY GOD! What happened to us!?” Chris shouted. Cory had this theory about the meteor shower and the rocks they got. It was weird because Cory couldn’t find his rock and Chris didn’t even think about the rock until Cory asked.


“Do you know what this means Bro?” Chris said. “This means we’re going to rule the school!” “Hold on.” We can’t use our powers for personal gain” Cory said. Then he went on to cite other heroes and about the hero code and stuff. Chris got bored listening to him and hurried to class. “See you later, bro.” Cory Said.


Chapter 6 this is just the beginning

Chris looked for his rock at home but couldn’t find it. His parents asked what happened to the door and he just said it was “loose”. He met up with Cory who shared his day with him and telling him stuff about what people thought. They talked about their powers and how cool it was. Cory insisted to keep it a secret but Chris wanted to tell others to make them popular.


Then they started talking about what they should be called. “I want to be called Carnage. Very cool, has a dark persona to the name.” said Chris. That’s a stupid name. It doesn’t fit you.” Cory said. In the middle of the argument, someone shouted for help. They saw a man running away with the woman’s purse. They wanted to jump to action but didn’t know what to do.


Chris suddenly motions like he was going to throw something at the guy and all of a sudden a cross comes out of him and hits the man on the head and knocks him unconscious. The man was arrested and the woman thanked him. He faced Cory and he said to him. “Cross, I want to be called Double Cross.” “It’s kind of a weird name; I think carnage would be a good name for you.” Cory said. Chris looked at him seriously and Cory said “But then again, it actually fits since you did throw a cross. Weird powers by the way.”


And Cory kept talking on and on but Chris wasn’t listening coz he was thinking that maybe the hero business wasn’t a bad idea. They could be a duo. His mind was wandering.
They didn’t notice that someone from afar was watching them. And they know about their abilities because they weren’t alone. The night of the meteor shower, the fragments were scattered all over the world and each one possessed unbelievable powers. Now, a new chapter will unfold on earth. And things will never be the same again.

Dedication:
Thanks to Nathaniel for giving me some ideas for the book