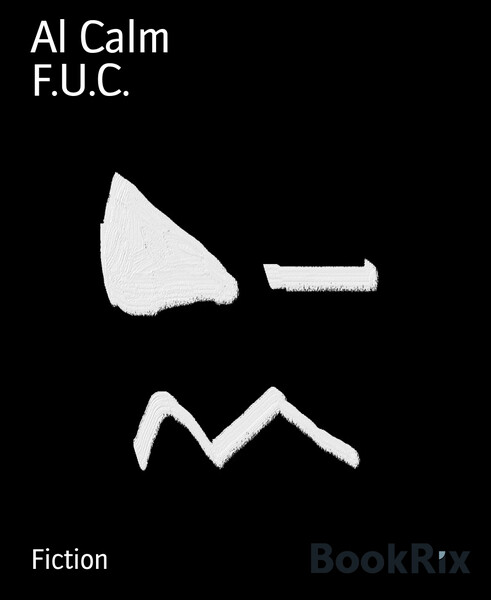 Yeah, guess it kinda funny. How I fuckin' find out about these fuckheads? Jackson Fraction sold 'em shit, Jackson said he'd got Salford John and Zol Solar working on a new drug. A mix of organic n synthetic: partly MDMA, one partly 2CB, one partly PMMA, another part THC-based. Coated in acid. They were calling them all Dragon Venoms, a dragon imprint on one side, though some called them Venoms for the potent synthetic/ organic mix inside some there was a imprint of Venom's face on the other side of the pill.

Salford John n Zol Solar seemed odd; who would think they might be friends? I knew them from the hostel, after I was out on license. They seemed to be inseparable but very different, like total opposites. I could not figure them out.

They invited me to their bedsit for a beer and smoke. We took some pills and powders, a lot of acid, and had a good time. Some good smoke, too. Synthetic and natural weed with a bit of quality scissor-kick hash.

Zol Solar on that jazzy old skool trip, he space trucking to shit. It all good but Salford John suddenly got all angry. He ripped his shitty tablecloth shirt; he bit into his dirty jeans and stomped his big metal toe cap boots. He then started punching walls, before randomly head-buttin' wall where he had just punched it in. Plaster everywhere. I never seen no weird shit like it for time. He didn't bat an eyelid, must be Dustin', right?

Zol didn’t seem to notice that his mate kinda flipped out big time.

It's a form of dust-style ego death; it's all cool Chazz, Zol whispers to me. Zol yawns, then says: He does it all the time; the synthetic DMT always sorts him out. I keep it on standby for later man.

Zol just nods, shrugs, hits the bottle-bong. Blows out smoke n says: If y'wanna chat to God's, it does feel like a death trip. Just makes me puke n shit like shrooms, in all honesty!

We crack up. I remember pukin' n shittin' on shrooms. On a fuckin boat party at the time. Some box fresh trainer folk were proper offended by it, for sure!

Salford John's a big skin head guy, well over six foot, scars litter his face. He's been glassed a lot but that don't scare him no more. He been bricked too, told joke stories of putting a cheese grater to some guy's dick when he couldn't find a knife. Dumb psycho, scares the shit out of me. Makes sense he was a debt collector, he had told me about his dead mate's calling card was one of those old-fashioned hand-drills that you had to wheel around to start drilling. Yeah, fuckin' subtle. That was all before he met Zol Solar though.

I try not to stare at Salford John too much. He always got cuts on his face; coke on his nose. He makes me nervy, guess I'm proper sweating. The scars on Salford John's face make his face all fucked; I couldn't imagine him as a kid or even a teenager. The bloke was born with scars and stubble. He was shaving in the womb. But for such a tough brother, he's always on edge, like some kind of proper paranoia trip. Not good for the peaceniks like Zol and me. Ying n Yang ripples, or Rippling, as Zol calls it.

I can't handle that paranoid stress shit, I'm way too chilled. Yeah, that why I like Zol Solar. He's a down cat. He's tripped to shit, but he a Dapper Dan. Are you ready for the dan? He ain't no don, as a in running shit down, he ain't even got serious technical mixing skills. And he ain't a Gee, because he's not tough, though Zol don't want to be like a boss man muddafucka, like some kind of rough n tough fucker people secretly hate.

Zol's one of those sprightly little Indo-kinda ethnic looking dudes: he just over five foot, who always wears the same tracksuit and a big bright hat. Trust Zolly Solar a real joker. I don't know how he does it for someone who has consumed every substance known to man, but he looks young; you look at his twinkly little eyes, you know he a bit older than his appearance. He has that look that he has seen it n done it all. I remember him tellin me of some of his messed up memories, not that he remembers much he tells me. All he says, is he survived n he happy gettin' vibes off life now.

They laugh at me, I chuckle along. I ain't sure of anything. I'm just another fuckin' Chucklehead. Gormless idiotic loser: those three words sum me up but I can live with it. I'm a total fuckhead - what else you expect? Being a fuckhead's all good when you're fucked, you're proper fuckin fucked innit!

That seems to be what they all call me. I hate bein' call Chucky, it really old kinda name but can I say that my parents expected me later in life, it can only explain the Grandad name. And some lonely kids get some proper odd names. I guess I'm one. They must've really liked Prince Charlie!

I prefer the Chaz bit though, it’s better than Charlie. Sick of the Charly jokes, all the Prodigy jokes, every fucking time Charly drops. I get it. Charly fucking says. Meow off cunts. Hear it all the time – usually from some random cunt I barely know, but I guess it minor.

Might as well stick on Charly, would prefer that. But it better than Chucky, fuckin' Child’s Play right? I look nothing like Chucky, though many will call me a possessed muppet. Lucky no one thinks I’m like Chuck Norris n into all that kung fu chicken monkey magic shit, I’d be getting grief all the time.

You probably guessed that I am a drop out; I had a tough go of it for a while, but I ain’t really cut out for stressy capitalism; it gets you fucking no-where but gives you a ton of stress! Shame we all gotta live by it, it’s a rigged shit system, but I’m not really with all that office slavery these days. I can't be fucked to vote anyway, I never ask our state for shit, as we scam everything everytime. Apart from my record, I'm invisible – it's way I like it!