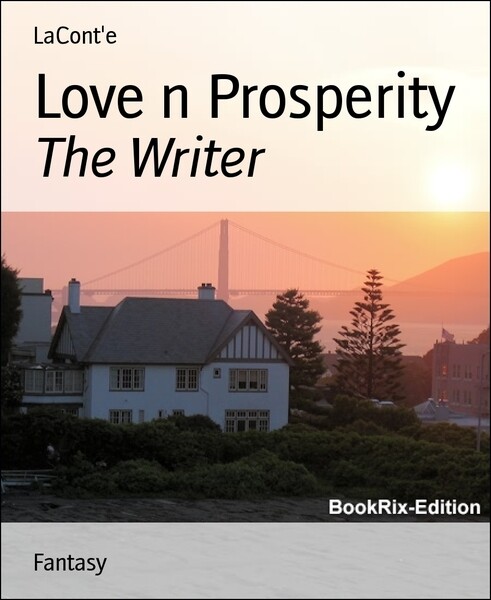 The only thing that could possibly enhance tonight would be if he invited her to go home with him. It was now two-thirty in the morning and they were ready to leave. Anthony walked her to the car, and although she was a little disappointed, she had such a wonderful night with him, that she could not complain. He kissed her on the cheek and bid her a good night.

Angelit thought that she was dreaming but the smell of bacon and biscuits and syrup was too real. When she opened her eyes, her lips were actually smacking. There was a note on the pillow next to her that read “good morning sleeping beauty, breakfast awaits, and I hope you’re in the mood for some yummy good food, love Tony”.

She was smiling from ear to ear, and jumped up running to get into the shower. She tried novel. He told her” no, because he did not want his life on display for public consumption in any way, shape or form”. She tried to persuade him, but he said” no”. He told her that “she could either have her story or him”. She understood how he felt and told him that “she would never use him in any of her stories”.

She finished her second book, and it soared like the first one. Tony threw her a surprise congratulation party. His social and savings club, “club millionaire” gave her a check for $25,000 to help further her writing career. She had no doubt, and” thanked God for bringing this man into her life”. Even though he was fifteen years he senior, he was just right for her.

Neither one of them had ever been married, but he did have three children. His two oldest, were adults now, with their own families, and his baby girl was ten, and lived with her mother in Georgia.

He traveled often from Alabama to visit with his children and their families.

Angelit had to travel to New York for a book signing for her second book, and wanted him to travel with her. He could not, because he had to travel to Wyoming for the annual Indian Fair. Of course he wanted to be with her, but could not disappoint his children.

She gave up the argument, and went on to enjoy the book signing without him.

Beverly and Brian went out of town for vacation. They were gone to the beach for the week. With every body gone, she had plenty of time to herself.

Anthony came home on Friday night to surprise her, but she was not expecting him, and had invited two of her friends to come over and spend the night with her so that they could catch up on what they had all been up to in their lives.

He rung the doorbell, and they both were surprised. He told her that” he thought that they would be alone for the weekend”, and she explained why they would not be, so he left her there with her friends.

They got up early Saturday morning, and left, so she went over to his house to cook breakfast for him. She was not a cook by any means, but she was willing to try. The butler let her in, and if that was not surprising enough, the personal cook was in the kitchen cooking breakfast.

She did not know about his household staff, but was very impressed by it all. She told him that a” girl could very easily get used to that way of living”. He asked her” to move in with him?” and that is exactly what she did, without any hesitation.

They had been getting along great, and had been living together for about six months now. She had planned a dinner and invited her family over. Tony came home from traveling all week, and was just beat. She informed him about the dinner, but he just was not into it at all.

He did love her, and always wanted to please her, so he gave in, and got on board with her plans. They were having a good time with her family and Tony decided to make a toast.

He asked Angelit” to marry him?” and she quickly said” yes”. Her whole family lit up with delight, as they drank champagne, and the dinner quickly turned into a party.

Beverly and Brian returned home, and could not wait to let their best friends know that they had gotten married on their vacation. Tony asked” why the rush?” Brian told him” that was best for them, and their baby”.

Anthony and Angelit were very happy for their friends, and on the following Friday night they threw a reception party for them. On Monday, Angelit and Tony started planning for their wedding day. “How much of a budget do you think we should work with?” she asked. “Oh, let’s cap it off at one hundred thousand”, he said. She would have hit the floor if he had not caught her. Excitement had overtaken her and she was now speechless.

Tears now streamed down her face, and she whispered to him “where have you been all of my life?” He responded, “right here, waiting for your arrival”. They starred at each other, and in unison, they said “thank you father, for my mate”.

They planned a meet and greet for their families to get to know each other before the wedding. His parents and his siblings were fine with his choice, but it was a different attitude with his children. They did not want their father with any woman, other than their mom.

Angelit told Tony “maybe we should postpone the wedding for a while; maybe they need time to adjust”. All the while she was hoping that he would say no, we are not waiting. “He looked at her, and said “I love my children, you know that, but I will never let them dictate my life. We are going along as planned”.

The ceremony was going on as scheduled, so far. The minister asked the dreaded question “is there anyone here who has a reason why these two should not be married?” All she heard over the ministers’ question was “Whoa!” and that was the congregation of people sitting in the crowd.

They turned around, and there was Tony’s daughter standing up. Tony spoke up and said “go ahead sweetheart; what do you have to say?” She looked up, and said “I’m sorry daddy; I was just straightening my dress”.

Angelit felt faint, but then she grabbed on to his arm and held on to it until they were pronounced husband and wife.

This was supposed to be the happiest day of her life, but she could not shake that image out of her head. Tony tried to console her, but that was not working at all. She excused herself and went into the ladies’ room.

Nina came in right behind her, and she looked up at her and asked “what do you want from me? We are married now so deal with it”. Nina responded “you will do well to remember that he is my dad, and will always be”. She turned and walked away, leaving Angelit standing there, and wondering what that statement meant.

She opened the door, and there was Tony, standing there with opened arms waiting for her. All of those thoughts disappeared from her mind, and she relished in the fact that he, Anthony Makhone, was her husband, and nothing or nobody can change it.

They went on their honeymoon for two weeks, in Maui. Arriving back at home, he stopped and picked her up to carry her into the house. “Welcome home, my wife” he said. “I love you honey, and I only want to be the best wife in the world for you”. She responded. “I have no doubts at all” he said.

After dinner, they were sitting down relaxing, and she remembered that she had a surprise for him. She handed him a note that read “Roses are red, violets are blue, you planted your seed, and now I’m in the womb, Love baby”. Tony laughed so hard at that fact, that he was speechless.

After he composed himself, he just grabbed her, and held her tight, while gently rubbing her stomach. She knew at that moment, he was happy about their baby.

She decided that her next book would be about their new family life. He did not have any objections this time, but he did want the main focus to be centered on the baby, and not him.

Angelit noticed how ecstatic he would become whenever some body said that they might be having a boy, and not so much when someone would say, no it is definitely a girl. She so hoped that it was a boy for his sake. She found out the sex of the baby, and wanted to tell him in a creative way.

She ordered an appropriate quote that read “daddy, daddy, make some room, I am coming out, soon, soon, soon. Don’t act in haste, but not time to waste. We can set sail and yell out ships-a-hoi! Now, get set up for a little boy”.

Tony went out that day and bought a blue and white sail boat for him and his little boy. He was simply elated over this news. He had a car seat installed as well as a booster seat for when he got too big for the baby seat. He had fishing poles placed inside as well as bait, plastic, of course.

Now they were ready to welcome him into the world. All he could think about was that last quote that he read. His whole world opened up every time he thought about it. No one or nothing could take this joy away from him or her.

Angelit was huge by now and ready for this baby to come out of her. Tony tried to make her as comfortable as he knew how. She was put on bed rest now and she was alright with that. The fact that this fine, handsome man was catering to her made everything seem a little bit better.