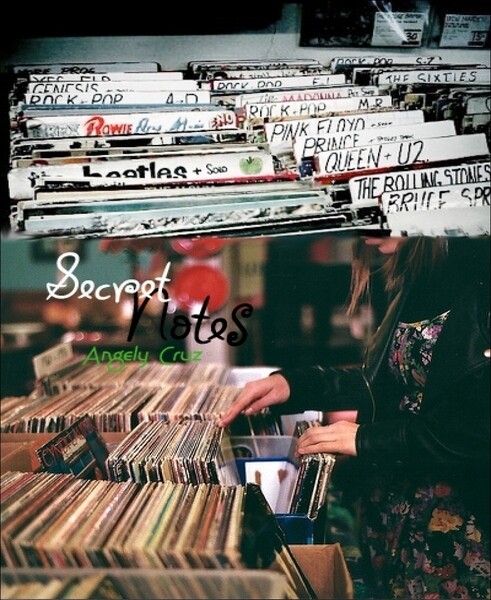 All You Need is Love

With a Little Help from my Friends

“Mom left this for you.”
Louis extended his hand and handed me something that was covered in newspaper. She left early this morning for some writer’s convention in Indiana. We were left alone for days when conventions came on. The good thing was I got Sarah Dessen’s autographed books.
“What is it?” I asked. “She didn’t say she was going to leave something for me.”
I picked up an apple from the table in the kitchen and sat down. Louis looked like he was thinking and I knew what was coming. “She told me but I forgot.” With that he turned around and left, the front door doing a banging sound seconds later.
I turned the package around in my hands a few times. I tore the newspaper apart and gasped. A beaten copy of Please Please Me by The Beatles was smiling back at me. I grasped it in my hands. I stood up and jumped around the table almost knocking a plastic glass by accident. I couldn’t believe my mom got me the thing I had been pulling my hair for the past months. The first The Beatles album and I had it in my hands. I ran up the stairs and into my room. Kneeling in front of the bed, I pulled out the box where all my CD’s layed neatly. I sat on the floor gazing longingly at the album. My fingers grazed the corners and I pushed it open. It felt so fragile I thought it might break in my hands. My eyes took in everything I saw inside. A smile started forming on my lips. Then I saw a paper—almost yellow because of the years maybe—tucked in the corner. It was folded nicely and had what seemed like nice cursive writing in black ink inside it. My fingers reached for it but I stopped myself before doing it. It could be a letter or something simple but who knew? I wanted to open it, read it and see what was inside. Maybe a big secret or a big confession.
I sighed and closed my eyes. My fingers felt around until they touched the paper. I opened my eyes now and pulled the paper out with such force I thought it ripped apart. I reluctantly and slowly opened it. My eyes narrowed and a cold rush of air passed through my body. I’ve never been good with secrets or mysteries or anything. But as I saw and read what the paper said, I felt myself knowing this was going to be big, huge.

Dear Stranger,
I’m from the old state of Indiana. I bought this used copy of The Beatles from a young man from London. A year later, I knew I was getting older. I gave this to my grand child, Alejandro’s son. He was happy. He liked The Beatles so much, that boy. His name is Conrad and he moved away when he was thirteen to live with his uncle in Ohio. He didn’t have any other choice but to go. His uncle, a big doctor, knew better than to take him and hold him as his own son. By the time someone reads this I must be dead. But I wish for you to do me a last favor. I want you to find Conrad and give him this. He left it at home when he moved and he deserves this. Whoever you are, please.
Sincerely,
Leonard Stonem