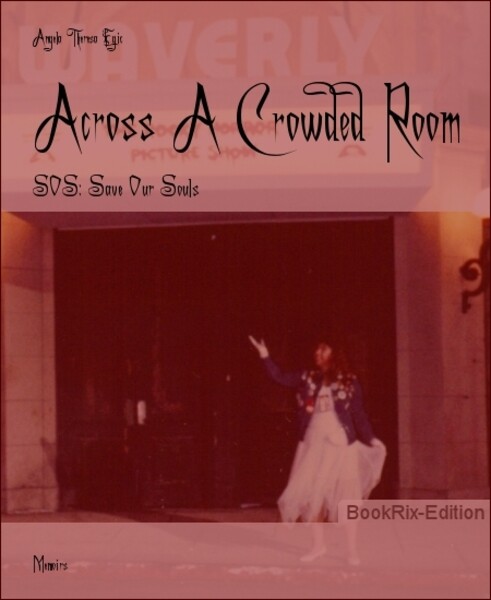 Because unusal things happen to me, I have been described as crazy, strange and/or delusional.

Let me assure you, though, in my 46 years on this planet, I have seen a few psychiatrists and psychologists. And although, I've never been in long term therapy, or even, technically, in therapy, at all...my mental health is strong.

I have been diagnosed, in brief exams, with only three mental conditions, by professionals (for lack of a better word); of which, I have completely recovered. Anorexia nervosa; although, it was put in my medical records as malnutrition (1983). General depression (off and on since childhood). Did not need any sort of medication for it, though: a few self-help books, books I began reading, on my own, at the age of 15, nipped those symptoms in the bud. And around my late teens, I was diagnosed with panic disorder. This I also cured on my own, for the most part with books, meditation and other metaphysical practices.

I spent one year on the anti-anxiety medication, Paxil (1997-1998) for the panic disorder, when I began having panic attacks every hour on the hour after a bad romantic break-up. The frequency of the attacks lasted, like that, for two weeks. It was so debilitating, I had to seek help with medication, just to get through the rough patch. I did.

The other thing of which I have been accused is far more heinous and completely unfounded.

Since 1982, I have had a rather fervent love, lust and admiration for the actor, Tim Curry (TC). Perhaps, in 1982, it was very obsessive (as happens with many teenagers). I was merely 19-years-old.

My admiration for him, as obsessive as it may seem, is not one that endangers him or me. I wish only love, life and brilliant things for Mr. Curry and for myself.

Unfortunately, with the computer age and fans even more obsessed than myself ... I have been accused of being a stalker. Accused by the fans, that is.

I admit, I am an unusual woman. I believe in strange principles; i.e. past life regressions, astrology, numerology, telepathy, psychic work, medium work (speaking with spirits and those who have passed on). I am not quiet, nor shy, regarding these subjects.

Many of the fans, particularly, of TC are Christian-based housewives, and a good number of teenage girls. Through the years, they have allegedly psychoanalyzed my motives, my feelings (which I share freely) and my experiences, and some have strapped a diagnosis on me.

These fans allegedly are the authority and body guard of TC. Although, in many cases, these individuals have yet to meet him or me. Also, even if any one of them is a mental health professional, not one of these fans has treated me or TC.

I am an accomplished actress, too. It would only be logical, at some point, I would be likely to cross paths with other actors. Especially since my pursuit has led me to New York and Los Angeles. 1) Yes, I actively sought opportunities to meet TC and 2) we're both theatre oriented. It seemed inevitable.

My only goals, when I noticed TC's talents was to 1) meet him, 2) have him remember me, fondly, and by name and 3) work with him someday.

Sure, I had romantic fantasies about him and I! Nevertheless, I understood and still do; we have an 18-year age difference and my career in acting was, in no way, even nearly at the same level as TC.

I share this to help all to understand this next experience. An experience between TC and myself. A story which I do not share often. For it can lead to my naysayers to, once again, question my mental health.

The experience is unusual; even to my open-minded metaphysical beliefs! Yet, with TC and I, at least, my experience of it; it has a mystical quality.

I do not speak for Tim Curry, or his feeling and/or memories of any of my experiences with him. My disclaimer is, they happened to me and this is how I remember them.

TC may not remember at all, or would, naturally, have his own recollection of any event in his life.

There are witnesses to this event. I also do not speak of anyone's elses feeling or memory of the event.

Most will say it did not happen.

Many will say I am delusional. I even had an email, not too long ago, stating I need professional help.

I don't need professional help, for my memories are mine. They do not hurt me, nor hurt TC.

In fact, they make me feel good. That is all. Thus, why would I need a professional, or anyone else, to try to make me forget or tell me to "face reality"; when 1) I face reality every day of my life, because I live it and 2) the memory, the way I remember it, makes me feel good.

The kinder one's who read this story, this lovely experience, will say I have a strong imagination.

And some will know it happened as they've had similar experiences.

In December 1989, I left New York after four years and went to live with Mom, again, in my hometown.

Since my 1st retirement (1988), as a performer in the midnight showings, I continue to attend conventions and anniversaries when I can.

I am something of a celebrity in the ROCKY HORROR world. I am mentioned in Sal Piro's book, Creatures of the Night II. A book about the New York RHPS scene in the 70s-80s.

My pseudonym around the fans is, since my early beginnings . . . "Curry's Angel".

Twentieth Century Fox decided to hold the 15th Anniversary of RHPS at the studios in Los Angeles, CA. And this time, Tim Curry was scheduled to appear.

This, of course, was big news, as he hadn't attended an anniversary since around the 1st or 2nd one!

Since Tim and I were acquainted in the 80s, and I hadn't seen him in person since 1988. I would make a grand gesture.

From Phoenix, the day before my drive to Los Angeles, to attend the celebration...I ordered a singing telegram! I chose to have it delivered to Tim's agency. It included a bouquet of balloons!

I wanted to top my special gift of 1987. That year, I placed a personal ad, just for him, in the back of the Village Voice newspaper. Then, I wrote him a letter, after we met, and told him about the special gift.

I wanted to be different from the other fans (1987), in my own original way.

TC meets many wonderful fans, of course, and we all do the same thing: Tell him (or any celebrity) how wonderful he/she is and ask for an autograph and photograph. In 1987, I wanted to make, for Tim, meeting a fan a pleasant and lovely experience, where, he too, received a little token. I gave him the ad, and in my letter, an original poem I wrote just for him.

So, now, three years later, it would a singing telegram and bouquet of balloons. The crew at Eastern Onion (yes, they have offices in Los Angeles, too), fought over who would get to deliver the telegram to Tim!

Eastern Onion notified me it went great and he enjoyed it!

After an hour of running around all the booths on the backlot. Hearing different versions of ROCKY HORROR PICTURE SHOW blaring all over. Meeting old friends and new friends, and missing TC by minutes.

Apparently, he, and other cast members in attendance: Richard O'Brien, Barry Bostwick, Little Nell and Patricia Quinn were also running around. And a rumor that Jack Nicholson, too, made an appearance! It was announced for us all to enter the sound stage, where we had marked seats, for the stage show to begin.

20th Century Fox set up an elaborate stage inside the huge sound stage. A live band and midnight casts from around the world.

There were performances by international casts. Then, it was time to bring out the stars of the movie. Anti-ci-pation was higher than every bong in Hollywood lit at once . . .

From my seat, inside my head, as I had done for years . . . I sent my greetings to TC. Thoughts of love and how excited I was to see him, in person. I had my camera ready for TC's entrance.

And then, from a backstage area, Tim Curry, was handed a microphone and coming centerstage. The audience of costumed characters (I was dressed as "Curry's Angel", with a white etherial dress) rushed the stage.

Luckily, for TC, the stage was high and they really couldn't get onto it. Also, a couple of security guards were there and a cameraman from Entertainment Tonight.

Again, inside my head, as TC, right before everyone rushed the stage. I said, "Tim, I'm right here in seat 28."

When he came out he appeared to be scanning the area where my seat was, indeed. I was about the sixth row back, nevertheless.

As all ran up, I figured I had better rush up, too, or from the sea of faces, TC would never see me!

I saw a great view and space right beside the ET cameraman. He had the lens aimed at TC on stage, and I chose to stand beside the cameraman, as to not end up in a shot.

TC was talking to the crowd, and looking around. It seemed that way to me, I believed he was trying to get a glimpse of me. I was snapping photograph after photograph, I had a good shot; no heads in the way!

As TC continued to scan, looking away from me, inside my head, I said, "Look right here, Tim...beside the camera!"

It was hard to hear TC, because everyone was screaming, out loud.

TC jerked his head and looked right at me!!! I swear!

I put my camera down, so he could see my face. And from the stage, his eyebrows rose in recognition.

We started a conversation, purely by facial expressions! It went like this:

TIM: There you are!

TC shot me a look that said, to me, he liked the outfit.

ME: Thank you! Good to see you again.

TC scanned the crowd again, and gave me the wide-eyed, frightened look.

TIM: (pleading look) Get me out of here!

I pointed out that I was in the middle of the crowd.

TC nodded at me. Then, he gave a glance to the cameraman beside me, whom I was totally ignoring. The motion TC gave me told me to be quiet (with our non-verbal conversation). Lower the facial expression. I am very animated.

I looked at the cameraman. He was NOT filming. He was watching me and TC, like one watches a tennis match. His jaw was dropped, he looked at me and back at TC.

The cameraman started to talk to me, again, though, with a facial expression, saying "Are you and him . . . ?"

I slipped out through the crowd and went back to my seat! Before I did, I waved to TC.

TC winked at me.

SOS: SAVE OUR SOULS

This is the title of a song on one of TC's albums.

The song is about two people, separated from ship to shore, and their only contact is in their thoughts of one another, for a time.

It was always my fantasy to have a romantic interlude with Tim Curry; and which TC, in the song, sings about.

My fantasy came true that October evening in 1990.

And except for me, and perhaps, an Entertainment Tonight Cameraman; it probably did all happen in my head!

I had a Hollywood romance for a few minutes. Even if it was all in my imagination!

But, isn't that what Hollywood gives us . . . fantasy.

Dedication:
To Tim Curry, for going above and beyond to make a fan feel special. You didn't have to do it, and I'm happy you did.