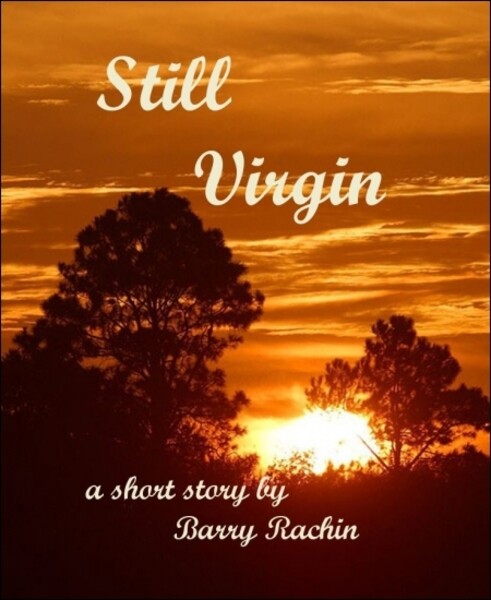 “I'm not a virgin anymore," Clarissa announced as soon as we were seated in the restaurant. The chubby girl with the unfashionable horn-rimmed glasses spoke primly, in a plainspoken manner. "At least not in the technical sense," she added as though the initial statement demanded further elaboration. The word 'least' sounded like 'leathhhed' because of a pronounced lisp. Normally none of Clarissa's friends ever made fun of the speech impediment, but, in the context of what she had just told us, it did sound rather absurd. The three of us agreed to meet at the Italian Garden for lunch to celebrate finishing our freshman year of college. And then, out of nowhere, ditsy Clarissa makes this crazy pronouncement, bursts into tears and runs off barricading herself in the lady's room.

"Well, this is fun," Ted quipped and sipped at his raspberry cream Italian soda. Ted, who is flagrantly gay, a real femme fatale, brushed a wavy strand of blond hair out of his eyes. His hair being rather straight, he uses a curling iron to create the effect of natural curls.

After a minute, Clarissa returned. Her emotions back under control, she sat down, grabbed a breadstick from the basket and waved it in the air like a dagger. "Don't you just love the way they do salads here?"

"It's nothing special," I interjected slightly disoriented by the emotional outburst and subsequent non sequitur. "Just oil and vinegar."

"Yes, but I can never get it to taste quite like this" Clarissa began heaping her plate with lettuce, cucumbers, cherry tomatoes and red onions from the salad bowl. "Perhaps it's a special brand of olive oil."

Ted just sat there staring at us like we both were nuts. "If we're finished discussing gourmet salad dressings, perhaps we could get back to virgins in the technical sense."

Clarissa stopped eating. She lowered her eyes and, for a brief moment, I thought she was going to go postal on us again with another crying jag. She raised her hands over the table, palms facing down, as though she was participating in a séance, took a deep breath and let the air out ever so slowly. "I got intimate with this guy from college. We're in love. He wants to get married, and I don't know what to do."

The waiter returned, refilled our water glasses before running off with the empty salad bowl. "You had sex with this guy." I posited the question as an immutable, a priori statement of fact.

Ted rolled his eyes. Then he reached across the table and grabbed Clarissa by the wrist. It was the sort of impulsive move only a swishy gay guy could pull off with panache. Of course, the fact that he was so damn sweet and kind-hearted didn't hurt. "Intercourse, fornicating, doing the no-pants dance, wango tango - it's when two consenting adults come together for the purpose of - "

Clarissa scowled. "It's not as simple as that."

Ted stared at her with that insouciant, lovable smile that he reserved for miscellaneous lost souls. The waiter returned. "I'm watching my weight so I'm going to order the zuppa Toscana… that rather earthy soup with the escarole, sweet sausage and red potatoes. What about you?"

"The veal parmesan looks good, although they always give you twice as much as a personal can realistically eat." Clarissa closed her menu and laid it on the table. "Of course, I can always take what I don't finish home for later."

I felt like a person on a locked ward at a mental asylum. "Ditto on the veal."

After we placed our orders, Ted told a funny story about his 'friend', Roger. They were devoted to one another and flagrantly monogamous. But, for reasons that only the dysfunctional couple were privy to, Roger and Ted were forever squabbling and making up. Roger was flaky and a full-blown swish, but at a much deeper level, something clicked between the two of them, and I had the distinct feeling that a dozen years from now they would be having their silly tiffs, patching things up and making a perfectly wonderful life together.

"Technically still a virgin…" I just can't let such a weird statement pass without some coherent explanation," Ted blurted. "That's like saying a girl with a swollen stomach is only slightly pregnant."

"Yes, I guess I owe you both an explanation." Clarissa twirled a forkful of spaghetti but put the food aside without eating. "Jeff and I met at a dorm party." The food was growing cold but nobody seemed to care. "Almost from the outset, it was like that exquisite Neruda poem… the one about blurred boundaries."

"I simply love Neruda!" Ted sipped at his frothy drink.

Clarissa ran her tongue over her lips and began to recite from memory in a whispery, lilting voice:

"Dear God!" Ted impetuously raked the cloth napkin across his eyes, blotting away a fistful of tears. Several diners looked curiously but quickly turned back to their meals. "That's the most beautiful sentiment I ever heard." He reached across and placed a hand on Clarissa's shoulder. "You must write that out for me. I'll use it on Rodger the next time he goes bitchy on me."

Clarissa momentarily turned away and began rummaging in her handbag. Pulling a three-by-five glossy from her wallet she handed it to me. The picture showed Clarissa decked out in a fur-trimmed winter coat and mittens standing in the snow outside a campus dormitory. Behind her was a young man, his arms wrapped tightly around her waist. He had pudgy, rather non-descript features, a fleshy, bulbous nose that seemed set down on the face as an unfortunate afterthought and wire-rimmed glasses. The couple looked sublimely happy - ridiculously and immodestly in love.

"Through all four years of high school I never had a boyfriend, not a lousy date or kiss." Clarissa's homely face dissolved in a sheepish grin. "Would you like to know where I spent my senior prom?"
"No, not really," I blurted. Wherever Clarissa ended up, it certainly had nothing to do with the Marriott Hotel, tuxedos, lavish evening dresses, cut glass floral centerpieces and an eight piece rock band.
"I went bowling… ten-pin with the big balls. Almost got a freakin' hernia."

"If it's any consolation," Ted noted, "I went to the movies with Roger, who was acting hormonal and very unpleasant."

What was I doing? Oh yes, I made a brief appearance at the prom before rushing off to the lake in Ricky Fleischman's Camaro coupe where we… Well, it doesn't really matter what we did at the lake, but I could certainly empathize with someone who couldn't even scare up a nerdy reject for the senior prom. Clarissa swiveled in her chair. "What do you know about tantric sex?"

I'd squirmed uncomfortably. A lowlife sophomore I regrettably dated only a few months earlier showed up at my dorm room one night with a pack of playing cards denoting certain sexual positions more suited for a double-jointed contortionist than first year college students. The raunchy drawings were originally taken from a Hindu manuscript. "The Kama Sutra - it's supposed to show you how to increase carnal pleasure and - "

"No, not that smutty crap," Clarissa brought me up short. "I meant the spiritual practice where you don't climax but channel the sexual energy for spiritual purposes." "Phil had his own apartment off campus so, by the end of second semester, we had done pretty much everything but you-know-what." She sipped at her water. "A week ago Tuesday, a day before I was driving home for the summer, we were in bed together. I said, 'Oh, for God's sake, just put it in.' He didn't have any condoms and I wasn't on birth control. But we were both aroused, and it was the last time we were going to be together until the fall semester."

The couple dining opposite our table suddenly broke off their conversation. They were sitting rather stiffly with their heads tilted at an angle, and I had the distinct impression - not that I could blame them - they were eavesdropping."Anyway, I says, 'Put it in. We won't do anything,.. just see what it feels like.' So he climbed on top of me and I spread my legs and it sort of went in real easy and then…" Her voice fell away just as the waiter arrived with the check and three mint chocolates wrapped in green foil. "And then we just lay there together holding each other."

The couple sitting opposite were pawing at their food but still not eating. The woman, a heavy brunette was breathing heavily through parted lips with her eyes half shut. Her partner was leaning so far back that the front legs of his chair rose a good three inches off the carpeting.

"And that's when it happened.”

"This tingly sensation in my pelvis, curling up like dense smoke through my stomach. It kept climbing higher and higher until it went straight up to the roof of my brain. Then I drifted into a blissful state, bordering on pure rapture. About thirty seconds passed and Phil says, 'Did you feel that?'"

"Geez!" Ted blew out his cheeks. "Would you mind if I brought Roger along to lunch next time?"

"It didn't break!" For the first time since we arrived at the Olive Garden, I finally understood Clarissa's original intent. "It didn't break, did it?" I repeated more forcefully now, rephrasing the original statement as a question.

Clarissa was preoccupied, adding up the money we had thrown in a heap, separating out the tip. "No, it didn't."

"So, technically, you're still…"

"Oh, dear!" Ted fluttered both slender hands in front of his chest in a frenzied gesture. "The hymen… Oh, dear!"


Out in the parking lot we kissed and hugged. Clarissa drove off with a promise to get together over the weekend for either a movie or shopping date at the mall.

"So close that your eyes close as I fall asleep," Ted repeated the final verse of the Neruda poem. "Do you remember the rest of that lovely poem? I'll just shrivel up and die, if I can't get my hands on it."

"She was always the ugly duckling," I blurted peevishly, ignoring Ted's histrionics. "All through high school, Clarissa was the fat frump with the goofy lisp and heart of gold. I was the hottie, the babe, the cutesy, the dreamboat, the perfect ten knockout glamour-puss."

"Not anymore, sweetie!" Ted pressed his thin lips so tightly together they seemed to merged with his chin. "Clarissa's the new gold standard!"