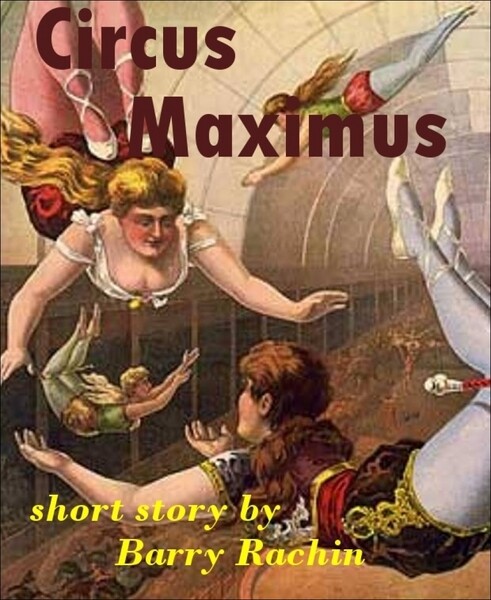 "Hazelton's back!" The voice on the far end of the cell phone belonged to Rodger Ephraim, chairman of the philosophy department at Brandenburg Community College. Rodger assumed the plum position three years earlier under the most peculiar circumstances, when Buddy Hazelton, the previous department head, walked away from the position. Buddy offered no formal notice. From one day to the next he didn't simply show up at the college. The cryptic message taped to his desk blotter read:

I am taking a sabbatical of unspecified duration

Eight, unambiguous words that said nothing. A month earlier, Buddy emptied his bank account and canceled his townhouse lease. Saying nothing to anyone, he vanished. Poof - up in smoke. Just like that! Local police could do nothing. The academic had no history of mental aberrations, vices or kinky predilections. He oversaw the philosophy department while teaching several post-graduate classes on A.J. Ayer's theory of logical positivism and Wittgenstein's impenetrable Tractatus Logico-Philosophicus

. As months passed with no new revelations, jokes about 'finding Buddy Hazelton' became endemic, faculty members vying to one-up each other with outlandish theories about what really happened to the mild-mannered scholar.

"Okay, so where is he?" I blurted awaiting the punch line.

"I'll be over in ten minutes." Rodger’s tone had assumed a flinty edge. "Dress casual. We’re going for a little drive."

Rodger Ephraim said nothing as we cruised the interstate to South County. Abandoning the highway in Tiverton, Rhode Island, the Volvo hugged the marshy coastline for another three miles until a huge canvass tent appeared off to the right in a sandy field. The Waverly Brothers Traveling Circus

Rodger parked the car in a weed pocked lot. "Let me do the talking."

An emaciated employee with protruding ears and dirt-streaked face was sitting on a stool just inside a fenced-off enclosure. A wad of chewing tobacco the size of a golf ball bulged from his left cheek. "Gates don't open for another half hour, “he drawled, pointing at a ticket booth two hundred feet away where a small crowd of families were milling about."
Rodger waved a hand dismissively. "A mutual friend… a roustabout works for your outfit."

The employee shook his head from side to side and spat a syrupy wad of tobacco juice in the dirt. "And who might that be?"

"Buddy Hazelton." Rodger pulled his faculty ID from a breast pocket and waved it under the man's hairy nose. "Show this to Buddy and tell him -"

"Can't do that." The man brought him up short. "He's hosing down the elephants and visitors aren't allowed back there under any circumstances." The man paused to snort a bugger from his right nostril. "Anyway, this being his big day, Buddy don't need no distractions."

"Buddy's cannonballing… first time in public. The crazy sonofabitch volunteered last week after Rufus went off his trajectory and tore the hell out of his rotator cuff." The man grinned displaying a set of pebbly, tobacco stained teeth and receding gums.

"Why don’t we just just wait over there," Rodger pointed to a trailer with 'Cotton Candy' in huge pink letters, “until Buddy finished with the elephants.” The man shrugged and finally let them pass.

With an hour to show time, performers and circus workers were rushing about purposefully. Several midgets, still out of costume but boasting pastel-colored clown's faces, hobbled by. A wiry woman with an elaborate bouffant hairdo was doing stretching exercises. On the far side of a huge tent an elephant trumpeted. Rodger glanced over his shoulder. The gatekeeper had his back to them and was jawing it up with the midgets they passed moments earlier just as the pachyderm let loose another shrill blast.

"Let's take a look see." Rodger meandered off in the direction of the noisy commotion but pulled up immediately. Halfway across the field near a stand of sugar maples, a full-grown, bull elephant was being washed down by a slope-shouldered, balding man with a long-handled brush. The former chairman of Brandenburg College's philosophy department had traded a tweed jacket for cutoff dungarees and flannel shirt with a raggedy gash under the right armpit. Rodger ducked back out of sight. "Our esteemed colleague," he observed with pokerfaced disgust, "bartered away a PhD and academic tenure for a garden hose and lifetime supply of buttered popcorn."

Always a bit of an oddball, Buddy Hazelton kept a mystical verse tacked to both sides of his faculty office door so visitors got the full effect both coming and going.

On more than one occasion, I questioned Buddy about the inscrutable poem but he either made a joke of it or conveniently sidestepped the issue. A week before he disappeared, we visited a local Mexican restaurant during a break in classes. "That jackass, Rodger Ephraim, approached me yesterday with the most outlandish request," Buddy confided. "He wanted to shoehorn his lecture schedule into three days."

I tried to imagine such a feat but my usually nimble brain balked at the notion. "Wouldn't that push undergraduate classes into the late afternoon?"

"More like early evening," Buddy corrected. There was no mistaking the look of revulsion.

In addition to core curriculum, Rodger Ephraim taught Fundamentals of Ethics. It seemed goddamn hypocritical - unconscionable even - that, the educator would take unfair advantage of students, while pursuing his own enlightened self-interest. But then, Rodger didn't give a rat's ass if twenty-year-old co-eds languished in musty classrooms from early morning straight through suppertime. "So what happened?"

"I told him the request was absurd and to get the hell out of my office.” Buddy laughed mirthlessly. "Rodger Ephraim's got a time share condominium on Lake Winnipesaukee in New Hampshire. Since separating from his wife, he's also been having an affair with one of his leggy coeds. Every weekend, the lech drives north to the condo with the twenty-something blonde - like transporting stolen property across state lines where nobody knows his business."

The waitress approached. I ordered the quesadilla with guacamole and a Coke.

"It’s not for the faint of heart,” the waitress cautioned. “Chili fries are seasoned with green onions, jalapenos, sour cream, garlic pepper, and a sharp Monterey jack cheese."

"Yes, I'll go with the zesty chili cheese fries." Buddy relinquished his menu and leaned back with a satisfied expression. “What do you have on tap for dark beers?”

As the waitress was turning away, I said, “On second thought, make that a gin and tonic.”

"He's finished with the elephants!" Rodger barked, jolting me out of my reverie.

Sure enough, the animal having been led away by a handler, Buddy was coiling the hose. Temporarily blinded by the bright sunlight, he squinted at our approach. Recognizing his former colleagues, Buddy tossed the hose aside and stepped forward. "If you're looking for work," he quipped, "there're no vacancies." We shook hands. Buddy's demeanor was gentle and self-effacing.

A morose looking older man with a three-day growth of beard and a pronounced limp straggled across the open area. In his left hand he clutched a set of flat throwing knives. With his free hand he repeatedly flipped a balanced blade end-over-end, catching it effortlessly on the descent. Bringing up the rear, a younger man dressed in sequined tights with a crimson bandana knotted around his neck led a dappled horse into an adjacent tent and started the animal trotting easily counterclockwise around the circular track. "Whatever possessed you?" Rodger blurted what everyone at the college had been thinking for the past three years.

Buddy shrugged and wiped a bead of sweat from his neck. "You're both still with the college?"

Rodger stared at him incredulously. "I assumed your position when you took sabbatical."

Rodger Ephraim prospered from Buddy's fall from grace. As the newly minted chairman of the philosophy department, his future was secure, regardless of the fact that his grasp of philosophical theory was rote, formulistic and patently uninspired. If Rodger chose to 'consolidate' his work schedule so he could spend more time at Lake Winnipesaukee with bodacious bimbos, there was no one to challenge him.

Buddy reached up and scratched his armpit through the rip in his shirt. "Did you know," he pointed at the trainer, who now had the horse cantering in the opposite direction, "the standard diameter of a trick horse-riding ring is exactly forty-two feet, which is the minimum distance for horses to circle comfortably at full gallop." As Buddy explained the physics, the centrifugal force generated by cantering in circles allowed riders to stand fully erect without falling, a feat which would be next to impossible otherwise.

"Your Wittgenstein article," Rodger noted, "still gets quoted regularly in the scholarly press." Reaching out, he placed a hand on Buddy's shoulder. "The college administration would probably take you back even in a lesser capacity if…"

"It's swell to know there's no hard feelings," Buddy's face scrunched up with warm emotions, "and I sure hope you'll stick around for the finale."

The finale… was that when they shot Buddy Hazelton - a man who could read Ludwig Wittgenstein in the original then sit down and write his own scholarly exegesis - out of a cannon?

Back outside, we bought tickets and half an hour later reentered the circus through the main gate.

People are going back and forth
across the doorsill
where the two worlds touch.
The door is round and open.
Don't go back to sleep

The animal smells, the raucous calliope music, clowns, performers on stilts, midgets, strongmen, acrobats, fire eaters, fat and bearded ladies - they all hovered at the threshold, the doorsill where the two worlds touched. Before we reached the big tent Rodger pulled me aside. "I'm going over there," he gestured at a smaller, dingier tent near the porta potties, labeled 'Freak Show - Grotesques and Human Oddities from around the World! "What do you say?"

"No, I'll just wait here for you." Rodger hurried off.

Up ahead, the door to a trailer opened, and Buddy Hazelton, dressed like Captain America in patriotic colors emerged followed by the wiry woman with the bouffant hairdo. Buddy held a star spangled helmet by its chinstrap. The woman draped a comforting arm around his shoulder, said something briefly and they both laughed. Leaning over, she kissed him on the cheek effusively before rushing off toward the big tent.

What was it Buddy said at the Mexican restaurant over chili fries and Saint Pauli Girl? They had been discussing Wittgenstein, the 'illustrious one'. Wittgenstein had written that philosophy was like trying to open a safe with a combination lock: each little adjustment of the dials seems to achieve nothing, only when everything is in place does the door open.

"Did you see the Pugilist Pinhead?"

I pointed to a garish poster, a cartoonish mural depicting an oriental man replete with Fu Manchu, bulging biceps and a head the size of a tennis ball. "Oh him… the pinhead was just a witless microcephalic but the other freaks were pretty interesting."

Rodger found us good seats halfway up a center row. We bought popcorn and peanuts. I ate a corndog on a stick as the full-size clowns and rowdy midgets worked the crowd in preparation for the opening act. Sporting a tuxedo with top hat and tails, the ringmaster drifted center stage. "Ladies and gentlemen, boys and girls of all ages…"