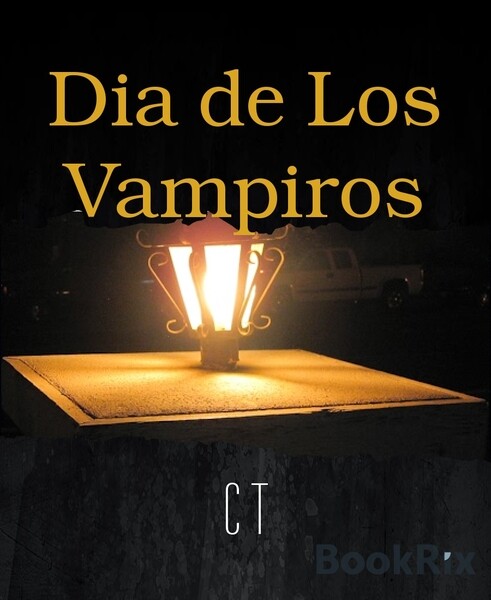 THE DAY OF THE VAMPIRES

(Totally inspired by the PARDONERS TALE by Geoffrey Chaucer and set in DRUG WAR torn Mexico.  Taloc is the ancient Mexican God Of Rain)

A one act play for four characters and a two level stage. It is raining with thunder. Three young men enter a tavern which is also a hostel for migrants. A friar sits at a table with a lantern, wine bottles and a loaf of bread and a bowl of apples. Several steps up is a room with a bed and a window.

The three young men: Mars, Emilio, and Ramon enter the tavern. Rain drips off their coats. They remove their coats. (The character of Mars can be well replaced with a female character, Marita to add depth to a production.)

Emilio: Tlaloc pisses on us today!

Ramon: The piss of man kills the flowers but the piss of the God makes the corn grow!

Emilio: May we taste your bread and wine?

Fray: Si. You are guests of the Lord.

Ramon: We are migrants.

Fray: We are all migrants in the rain

Mars: Ha. The Friar is lost as well.

Ramon: Are you alone here? It is very quiet.

Fray: Many are dead.

Ramon: There is much death in the state. It is tragic.

Fray: It is very tragic.

Emilio: It is absurd.

Mars: Death is everywhere but we only see his victims!

Fray: What victims do you see?

Ramon: Many wives and children.

Fray: And how did death take them?

Emilio: Death jumped on them like a mad monkey!

Mars: Death pierced them like a hawk with talons!

Emilio: Death is a criminal!

Mars: Death is a plague!

Ramon: Death is a vampire!

Fray: Too many deaths in the nation.

Ramon: Death feasts on the blood of the nation. My neck may be next!

Emilio: Death has taken thousands before they are old and gray.

Mars: The young must be ready to meet death at any time!

Ramon: When will we see death, Fray?

Fray: And if you could see death ? What then?

Mars: I would kill him before he kills me!

Emilio: Should we imagine it? The great satisfaction! The end of death!

Ramon: The death of vampires!

Mars: Slaying death would save us!

Emilio: And make us heroes and happy! (The friar lays his head on the table)

Emilio: He sleeps from drinking.

Mars: He is a tired old man.

Ramon: I will wake him. Fray! Fray! (Ramon shakes the friar)

Fray: What is happening, little one?

Ramon: He calls me little! Padre there is much death in the state!

Emilio: Death lurks in the shadows and waits for us!

Mars: Should we not search for death and slay death?

Fray: Death has been slayed already. Jesus has conquered death.

Fray: Jesus is not dead.

Emilio: It is legend.

Ramon: Is it legend?

Fray: Jesus is the way , the truth , and the life. (Mars pours more wine for the friar)

Mars: More wine for the fray! It is the blood of Jesus. It is legend! (Mars throws the wine at the friar)

Emilio: The fray is a vampire. He drinks the blood of Jesus.

Mars: It is a legend. We do not need your legends old man! We will find death. And we will slay death and there will be no more victims!

Fray: Do you want to know where I have seen death and where you may now find death yourself?

Emilio: Can you tell us true and not a story?

Fray: In the room I rented upstairs.... you will find death.

Emilio: What? Death as the plague?

Mars: Will we find death as a lion? Or death as men with a guns?

Fray: No. Take my key. You will find death. (Emilio takes the key)

Emilio: Suppose it is not true?

Mars: Then we will find the fray is a liar as well as a storyteller.

Ramon: Are we going up?

Emilio: I am ready with my wits.

Mars: I am ready with my weapon!

Ramon: I have garlic . We are vampire hunters of Mexico! (Mars takes the lamp off the table)

Emilio: The fray is crazy.

Mars: He is an old man of the church.

Ramon: We have his key.

Mars: Perhaps all the other migrants are dead.

Emilio: Take the lamp Ramon. Perhaps there is a woman in the room, no? (The three young men climb the steps to the fray's room.)

Mars: Ha. A lovely woman may be death to a priest!

Ramon: Quiet! Let me listen for voices inside first! (Ramon puts his ear to the door)

Mars: I hear nothing. I will unlock the door now.

Emilio: I will knock fist! (Emilio knocks on the door)

Mars: We enter!( The three enter the room)

Emilio: There is nothing here. It is an empty room. And the window is closed.

Ramon: No vampires in the closet!

Emilio: It is a joke. The fray tells a joke. He laughs at us. (Mars feels something under the bed cover)

Mars: What is this? (Mars pulls off the bed cover and exposes many wrapped packages)

Ramon: Worth much money!

Emilio: It is a trap! Where is the fray? He will come in now with the police and arrest us! I am going to find the fray! He said we would find death but we have found drugs. Muchas drogas...(Emilio goes downstairs. The stage lights dim upstairs. The friar has his head on the table downstairs)

Emilio: Fray why do you lie to us? You gave us this key to a room full of drugs not death? Is the fray dead or asleep ? (Emilio checks the friar and finds the friar is dead)

Emilio: The fray is dead. The hostel is empty. The contraband is now ours. Ha! I will drink to that. And eat a little. I have been so many days on the road.(Emilio takes a drink of wine and eats an apple)

Emilio: But I am dreaming.... if I had no friends I would be richer ! There would be more drugs for me without Ramon and Mars! (Emilio takes rat poison out of his pocket and pours it into a wine bottle)

Emilio: The poison for the rats! In the wine! Adios amigos! You shall follow the fray and the drugs will be mine.(The stage lights dim downstairs and the stage lights return upstairs where Mars and Ramon speak to each other)

Mars: We should take the drugs from the fray! It is dangerous fro the fray to have these drugs. He doesn't need them. A fray has no use for drugs. We have bills to pay.

Ramon: Maybe it is a gift from the fray?

Ramon: Maybe. A gift for us.

Mars: A big gift! But more gift for you and I without the other friend!

Mars: Let us hide some for ourselves before he returns.

Mars: We could kill Emilio!

Emilio: We could tie him up!?

Ramon: I hear someone on the stairs!

Mars: I will stand behind the door! And help you will restrain him. (Emilio returns to the room. He is holding the two wine bottles. Mars is hiding behind the door)

Emilio: Hello friends! I have some news!

Emilio: The fray wants us to have the drugs. The drugs are a gift from the fray . I bring us some wine to celebrate!

Ramon: And we have a surprise for you!

Ramon: A rope to tie you up.(As Ramon tries to tie up Emilio, Mars shoots or stabs Emilio . Emilio falls on the bed with the wine.)

Ramon: He is dying! You killed him. We were only going to tie him up.

Mars: It was an accident. Let us celebrate with the wine! More drugs and more money for you and I now that he is dying! (Mars drinks from the wine bottle)

Ramon: I did not want us to kill him!

Mars: Do you want any of the drugs? Maybe the gift from the fray is all for me! (Mars takes more drinks of wine from the bottle. He becomes visibly sick)

Mars: I am sick. The wine is poisoned! Who poisons me? I am dying!

Emilio: It is I who poisoned you! And you will die as a rat dies!

Ramon: Where is the fray? This room is full of death . And he said it would be full of death! Fray help us! The vampires kill us! (Ramon runs from the room down the stairs. He tries to wake the fray)

Ramon: Wake up Padre! Help us! The vampires kill us! Death overtakes us! The fray is dead!The vampires have also killed the fray! So much death! Many vampires! Where is the cross of the fray ? (Ramon removes the cross from around the fray's neck. Ramon lifts the cross above his head)

Ramon: I am sorry Padre! Much rain! Tlaloc pisses on us today! But it is a good piss. It will bring flowers. Yours was a big gift....the drugs. The drugs were a very big gift. It is too big a gift for me . I am a little man. I will give thanks to Tlaloc who is larger than I am. I will give the gift to Tlaloc. I will throw the drugs into the rain. (Ramon leaves the fray and climbs the stairs to the room. Ramon uses the dead man's knife to cut open the packages)

Ramon:Much rain. Much death. Many vampires. Many drugs. Jesus help us! (Ramon breaks the powder into a bucket and throws it out the window into the rain)

Ramon: This is for you! Tlaloc! (Ramon refills the bucket)

Ramon: Todo por Tlaloc! (Ramon throws all the drugs out the window into the rain)