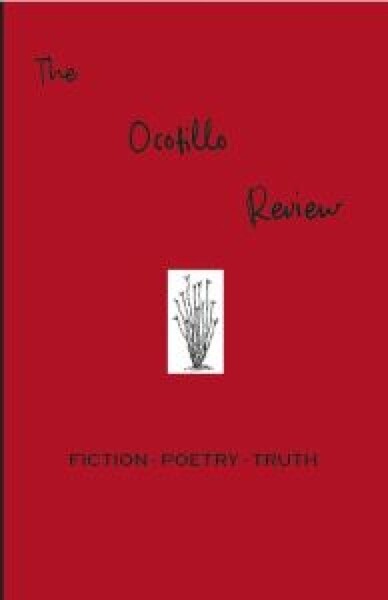 Poker night and the fellas weren’t happy. I mean, I had their money and fixing to go. They assumed wrongly that the storm would keep me there to keep playing. But it didn't. I had to go, for I feared my preferred way home would be underwater. So I told them I’d holler at them and was out, seizing the whiskey bottle for good measure.

I knew I shouldn't be driving after so many drinks. But I had to get home safely and fast too and that required not getting pulled over and accosted. And that meant going where the cops weren't. Police stay clear of backroads, but us farmers don't. Soon I saw nothing but crops. Monotonous stretches of corn and rice fields.

These backroads when wet get slicker than snot. It’s not uncommon to find a vehicle stuck and abandoned in gumbo-mud. So I drove defensively and with brights on out of respect. I didn’t want to blunder as others had. Not at night. Not in this downpour. And, definitely, not out here.

I was nearly home.

Another mile. And thus far only puddles. I was glad of that. The rows of catfish ponds hadn’t spilt over. Up ahead sat the Baptist church. It's a chapel I don't attend but profaned whenever I go past it. So I gave it the customary finger salute. Mostly for its fashionable pastor, for his bombastic sermons, and for how readily he cheats at and on everything. I don't like him at all. Truth be told, I didn't mind not having him at the card table.

Here was my turn.

I went up, across the train tracks, and down. The landscape instantly changed from catfish ponds to acres of soybeans. Knowing this road I sped up. It had far fewer ruts and was less slippery than others. Suddenly, out of nowhere, I nearly hit a golden form. Good thing my headlights shone on it. Seeing my brights' glare likely helped the thing avoid getting run over.

I stomped on the brakes and skidded. Then I backed up. And standing there in inky blackness was a bone-soaked apparition. It was a colorful woman: an olive-eyed redhead with fat velvety lips. Short, curvy, endowed, and succulent. I couldn’t tell her sundress apart from her butterscotch skin. She looked damn near naked.

I lowered the window and implored her to jump in. She splat down, shedding water. Shutting the door behind her. In her lap she dropped wet darkened stilettos and a handbag. I eyeballed her hungrily. I mean, she was absolutely gorgeous. So I did a gentlemanly thing by handing her a flannel work shirt I had in the backseat. She smelled it then began leg spreading, toweling herself dry. But she waved off the next offering, my last bit of whiskey. The shirt would do.

That was accepted. Her eyes flickered with pleasure. And she handled it expertly, in how it’s bitten, twirled, and slowly lit. Then, she reclined. Crossed her legs and drew hard on the lengthy dark cigar. Soon robust clouds filled the cabin. So much so I had to crack open the windows. Fresh air dissipated bourbon-scented fog. Her sweet smokey voice worked similarly. It's low pitch eloquent, and cool. So I couldn't ignore it. Not her gratitude nor flattery. It pricked my skin pleasingly.

I suggested we stop. My house was right up the road. She knew what was up, blew me off politely. I offered to pay for it. In reply she casually recrossed her legs. Not tonight. Next time for sure. Then, she leaned forward to write 'Lilith' and her number on the dashboard in lipstick. After that, she cajoled me into taking her to her car at the truck stop. Tonight had been most troublesome and quite exhausting; and, besides, her own bed called. And like that, effing was out.

So I kept onward, frustratingly past my farmhouse, down the gravel road onto the state highway. When we reached the truck stop, she rose up to point out where her grey foreign sports car was. And I went there. Sincere thanks were given for the ride, along with apologies. She got out, keeping my cigar and shirt, while all I could do was watch. Totally enamored with her bubble-butt, bouncing freely as she ran through the rain to get inside her car. It started, honked twice, and darted out. And like that she was gone.

Heading back home I dwelt on it all.

So sad, I thought, my not being able to buy a wet streetwalker. Feeling jilted somewhat, I still pondered what motivated her to come out here anyhow, into these boondocks, and for whose pleasure. Then it struck. And at that moment I just had to go find out, to go to where I figured she’d last been. It was the only likely place.

Back to the church I drove, to that unlit building, with its tall manicured hedges that encircled the parking lot. Once inside I soon noticed at the far end sat that familiar silver luxury sedan. So I parked beside it, climbed down, and tolerated getting drenched, to look through its driver's side window. And there, laid back in the front seat, pants down, stiff and erect, was that cheating preacher—all smiles and dead.