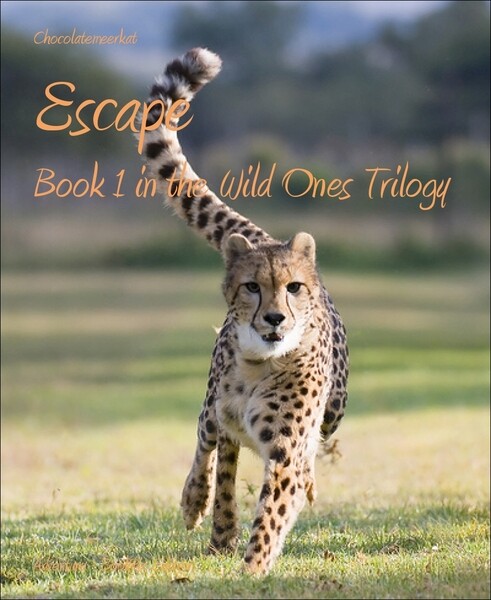 "Get in your cells, you pieces of dirt!"
"Drop that weapon!"
"Get a move on, unless you really want to die!"
There was so much shouting. Jess couldn't think. Her mother was gently leading her along, growling at any guards who got close. Jess hated every second of this dreadful place, as she had been here since she was born. But no one would tell her why she was here. Her mother, Elise, had always said. "The Dark Force have wished not to be kind to us. They don't want us in their land anymore." Jess knew privatly this was another one of those pathetic lies that Elise told her to make her feel better.
Her head then stopped hurting when a small guard hit her around the head with a small stick. "Get a move on, cub!" Jess wimpered loudly, and darted under Elise in fear, feeling very small and lost. Her whole body was trembling. She could smell fear-scents and a horrible, sickening smell close by. Jess guessed it was rotting prey.
Elise then suddenly gave a loud roar at one of the guards, who was threating her with their claws. Jess wailed again, but this time, the guard threatened Jess with his killer claws. "Shut up, pipsqueak!" Jess knew she couldn't question a guard's order without the risk of being killed or straved, so she obeyed him.
Many animals admired Jess' bravery, despite her young age. Some older animals were scared silly of even mentioning the Dark Force. Jess, on the other hand, was just silent at times, but sometimes a little on the wimp side. Especially if Elise wasn't there, looking out for her. That was one of the things that kept Jess' sprit up. Along with her friends and several other things.
Jess then picked up the scent of fresh blood, not too far away from where she and several other animals were. If she was out in the wild, she would have adored that smell. But stuck here, the scent of blood was terrible. It normally ment another innoccent animal had died and joined the skyshifters in the sky.
That was another thing that kept little Jess going. The skyshifters were the sprits of dead shapeshifters that had lived good lives. In her dreams, Jess felt them comforting her. Encouraging her to go on, no matter what happened. Elise didn't believe her daughter, because the skyshifters only came to important shapeshifters in dreams. So instead of arguing, Jess annonced to everyone "Guess what? I'm special!" This irritated the guards so much, that they would bite anyone who said the very word 'skyshifter'.
Little did the guards know, the shapeshifters had a private ceremony every night to ask the skyshifters to watch over them as they slept. Jess thought they watched over shapeshifters all the time, but according to one of the oldest animals there, the skyshifters only watched them at night, when they were fast asleep or deeply dreaming.
Suddenly, there was a loud screeching sound outside. Elise and the other adult shapeshifters had stopped moving and stood up tall, growling. Jess was trembling all over again, with all the noise. What's happening? Are we going to die?

She thought to herself, letting fear wash over her like rainwater. A guard then appeared. "All of you, back to your cells or face this!" He whistled, and some smaller guards dragged in another dead body. The same guard turned back to the shapeshifters. "This is what will happen if you disobey the Dark Force or try to even escape." He then glared hard at Elise and Jess. "Even to children."
"You stay away from her, you monsters!" Elise hissed, wrapped her tail around Jess' shivering little body. The guard, who was a grizzly bear, stood up on his hind legs and roared at Elise. "Go now!" No one needed to be told twice as they scattered away, desperatly avoiding the guards. Jess, as usual, followed her mother back to their small, overcrowded cell.
The cell Elise and Jess stayed in was a small, dark, dusty place. They shared with several other mothers with children. But no grown males were allowed in, even if it was their father. Jess knew her father had died of sickness when she was a couple of days old, and since then had not spoken of her father's death to Elise, because she still grieved for his loss.
"Jess!" A little voice squeaked from the corner. It was Mini, a young meerkat shapeshifter. The unlikely duo had become close friends, along with a couple of other younger shapeshifters. Jess padded over to greet her friend. "Hi, Mini. How are you?"
"Oh, I'm fine thanks. Just feeling a little... oh what's the word..." Mini thought for a moment. "That word which means you've done way too much..."
"Overworked?" Jess interuppted. Mini nodded. "Yeah. The guards have been telling us meerkats to clean the floor when blood is spilled. We end up with the worst jobs in the world." She complained, a bitter tone in her voice. Jess looked at her friend. "It's the smaller animals that are treated the worst." She agreed.
"Along with the ones who are brave enough to stand up to them." Mini added. Jess nodded. "I don't see why even the youngest shapeshifters have to do such terrible jobs. This place is insane. I want to be living out in the wild, where adventure and excitement lies every step you take. Here, we get shouted at all the time and barely any food to keep us all alive."
"The Dark Force specialize in giving poor care to prisoners."
"But we're not prisoners! What have we

done wrong to make us deserve this awful life?"
Silence. The room went completely quiet. Elise looked at her daughter in horror, and nipped her ear hard.
"Ouch! What was that for?" Jess wailed. Elise's eyes were blazing with anger and shock. "You know why we're here." She hissed silently.
Just as Elise was giving Jess a good telling-off, a small penguin chick slid over. He looked very lost and alone, so Jess decided to try and help him. "Who are you, and where is your mother?" She asked in kind voice.
"I'm Charles." The penguin replied grumpily. "My mother is dead. I'm looking for my friend's sister." Jess nodded. "What does this sister look like?" Charles stood up and pointed his beak at a small brown bear cub. "That's my friend, Meep. His sister is called Chickadee. They both mainly take the form of brown bears. because they were born brown bears." He explained, a sour edge in his voice. "If you could help us, I suppose Meep would be greatful."
"Don't worry. I'm Jess, and I'm a cheetah, the fastest land animals. And we're cats too, so we are really good at tracking animals or prey down." Jess comforted him before running around the cell. She pressed her nose against the cold, hard floor, trying to scent out Chickadee from everyone else. This was very difficult, especially for a cub such as herself.
Hunger attacked the cub's belly as she tried to find the missing cub. It was harder than she thought, tracking other animals.