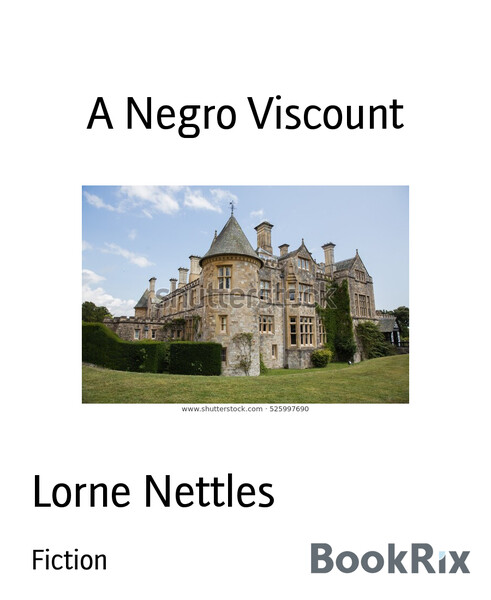 “My dear, Catharine,” the Dowager Countess of Edington leaned forward. “Do you really intend for the boy to marry the Negress?”

“Yes, Aunt Harriet. We do,” hissed the woman with auburn hair and honey colored eyes.

“It’s just as well. He’s only a third son. His line will never inherit the title.”

“Yes. And I’m absolutely certain her fortune of a hundred and fifty thousand pounds has nothing to do with it,” she scoffed.

“It’s not as if Lord Irons or I need your approval.”

“Clearly not,’ she picked up the bell from the table next to her high back upholstered chair.

The butler heard the ringing and came to the drawing room quickly. “Yes, your ladyship?”

“Lady Irons was just getting ready to leave,” she stated matter-of-factly.

“Very good, milady! Lady Irons,” he gestured towards the door. “Your carriage is ready when you are.”

The old woman frowned and decided she would not be attending the wedding.

As the Viscountess Irons rode back home, she crossed yet another name off the list of those planning to attend the nuptials. Her daughter-in-law-to-be’s father was intent on having a grand affair. Much of his family would be there - both the Black and White branches.

Elexander Blanchard was the grandson of an upstart baronet and had made his fortune as a planter in the West Indies. But he was the only son of a second son. The baronetcy would not befall him as his uncle had two boys. And the Blanchard brothers had three sons of their own between them. In the Caribbean, he’d taken up with a Black woman called, Tillie. Elexander married her after he freed her from bondage.

She bore him three children - two sons and a daughter. He was determined for his only daughter to make a good marriage. He figured there would be some impoverished lord or member of the landed gentry that could use a cash infusion.

But, Mr. Blanchard had severely overestimated the reception the British upper class would give to his attractive and incredibly wealthy mulatto daughter. He had found the heir to a large estate, albeit untitled, to marry her. But, Augusta was adamant that she did not love the philandering gambler.

He was devastated, but quickly recovered.

Much to Elexander’s delight Augusta crossed paths with one Honourable William Irons. The third son and sixth child of the second Viscount Irons. There would be no actual title for his little princess, but she was getting into the aristocracy. She would be known as the Honourable Mrs. William Irons. Elexander could live with that.

Augusta would always be among society now. He was fine with it. Not only was he going to present the 150,000 as a dowry. He had also promised his daughter a lifetime allowance of two thousand pounds per year.

This was quite a feat for the third son of any peer to capture so wealthy an heiress. It was quite unheard of really. But again, Augusta was Black. If only half. That would be a ‘stain’ on the family.

At least the former Lady Catharine Burcy could count on her elder sister Martha, who was now Marchioness of Wiltshire, attending with a portion of her brood.

Catharine’s and Martha’s father had been the fourth Earl of Edington, but the man had no sons. His sister, Lady Harriet, had married their first cousin who ended up inheriting the title. Now the sixth Earl was Harriet’s son, Tibby.

The current Lord and Lady Edington promised to come even though the dowager had impolitely declined.

Elexander Blanchard had invited members of parliaments, barons of industry, and a slew of shady characters from the continent to the over-the-top extravaganza.

Lady Irons had hoped to do it at the church on the estate with a quaint wedding breakfast at Worthwood Castle. But, the self-made man would have none of it.

The wedding would be in London for all to see. It was to be the social event of the year.

Lady Irons sat back as she fumed over the fact that opera singers and stage actresses were to be present as well. My how things were different in 1805 than when she was a debutante.

The carriage came to a stop. The groom helped her out. The butler greeted her warmly, “Welcome home, your ladyship.”

“Thank you, Miller,” she said walking past him and handing him her gloves. “Tell Mrs. Pyle that we’ll dine in an hour if it suits Mrs. Bates,” she said referring to the housekeeper and cook, respectively.

The gong rang. This signaled the family to gather in the library before dinner. Tonight was a small gathering. There was Lady Irons of course and her husband the Viscount. Her mother-in-law, the dowager viscountess was there as well. Her son Antony, the heir, and his wife, Mary. Her other son James was there too. William, the groom was also in the room. And, so was Augusta and her parents.

Mary Irons was also in attendance. She was her parents’ third and youngest daughter. At 23 years of age, she was fast becoming a spinster. Lady Irons so hoped to marry her off and soon. She was even entertaining the idea of a banker or perhaps a doctor.

Mary always felt the peering judgmental eye of her mother. She was not unmarried because she was not attractive. Almost everyone who knew the Ironses said Mary was the greatest beauty of the girls. Mary just had no desire to give up her independence.

Mary would not be a pawn for her mother. Hester, the oldest child, was now married to the heir of the sixth Baron Hamblin. Hester was not terribly happy with the overweight imbecile, but she had done her duty. No, Mary would not be like Hester - becoming a baby factory to just to get a title.

Nor did Mary want to be like Caroline. Although her just older sibling had married for love, she was still subject to the whims of Sir Reginald Wallce, fifth baronet.

The servants knew this was the first time a Black person, let alone two, had dined with the family. Downstairs was all abuzz. They were not, however, resentful. They were honestly interested. For Master William was their favorite of all six of the Irons offspring.

“Shall we go through,” Lady Irons suggested.

She was escorted in by Mr. Blanchard. Lord Irons took the arm of Tillie.

“Oh it is quite nice, ma’am,” replied the woman with brilliant bronze skin. “It reminds me of Chaucer’s ‘Roumant of the Rose.”

“Very much so, Lady Irons.”

It was all overly confusing for Tillie. Both her future son-in-law’s mother and his grandmother were called “Lady Irons”. Why couldn’t she just say Catharine and Anne? It was a hell of a mess, but at least her precious baby was happy.

“We most certainly are,” replied the master of the estate. “Then we shove off to London the next day,” he smiled. “Are you excited, my dear?”

“Nonsense,” interjected the viscountess. “We are to be family. You must call us ma-ma and pa-pa.”

“I daresay I am the happiest man in all of Britain,” William intimated.

“Let us have a toast,” the viscount said. He raised his glass. “To William and Augusta.”

The others followed suit and in chorus harped, “To William and Augusta.”

The wedding was every bit as grand as Elexander wanted. The prime minister was even in attendance.He negotiated that a third of the dowry go to the Worthwood estate and the remainder to William. He could not see pumping all of those funds into a title his daughter would most likely never have.

Life went well for William and Augusta. Over the next five years, they had two sons Arthur and Edmund. William spent four years working as a private secretary to the governor-general of British India. The Ironses were at the very top of the Raj social food chain. This pleased Elexander Blanchard greatly when he visited.

Augusta was a wonderful and accomplished hostess.

They returned to England and bought a home in town which Augusta preferred. William also purchased a small ten thousand acre estate in the country. William loved country life. It was what he was accustomed to. He also ran successfully for the House of Commons.

Arthur and Edmund went to school at Harrow.

Both grew up and went into the Army.

In 1917, the Great War broke out. The descendants of Augusta were still in Britain and they were still quite wealthy.

Interestingly Arthur’s oldest son married a woman who was also of mixed race. And they too had a son whom they named Elexander.

When the war broke out, many men went to fight. At that time, Arthur was number eight in line for the title and Elexander had the ninth position.

There were so many casualties amongst the aristocracy because their sons were officers and led the way into battle. Because of this everyone in line was killed off except for the guy in fourth place and Arthur.

The man who became the fifth viscount had no sons. This meant Arthur was his heir presumptive. Arthur died before his cousin. When the fifth Lord Irons passed the title fell upon young Elexander - a spry lad of strong intellect and nimble body. He had a fawn complexion that was light yellow brown which sat atop a cool, sapphire undertone.

Elexander William Antony Irons was now The Right Honourable The Viscount Irons. The Blanchard fortune was reunited with the title at last. It was a godsend for the Worthwood estate was on the brink of being lost.

The young, swarthy man was now the most eligible bachelor in all of England. Would a duchess let her daughter marry the man blighted by Black blood - only time would tell. But, it did not matter. The viscount had money and was free to marry whomever he pleased.

The King granted Mrs. Irons, the style of rank of a dowager viscountess. He also gave Elexander’s sister the style and ranking of the daughter of a viscount.

That is how the color barrier was broken in the British aristocracy.

Dedication:
Dedicated to my deceased fiance!