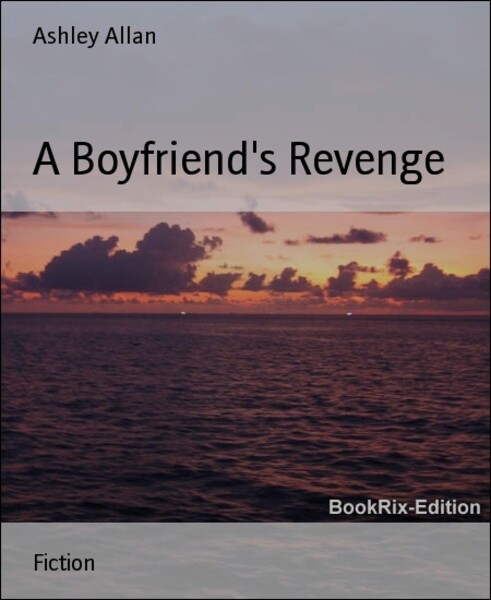 Tess closed her eyes and sighed deeply as she washed the blood off her hands.

"What have I done? I killed a man. I'm going to hell…Worse…I'm going to jail," she said quietly.

Tess shut the water off and walked back into her bedroom. Quickly she shed her bloodstained clothes and slipped into her favorite track suit. Laying down on her bed she thought back over the last hour of her hellish life.

Lycan stood in front of me, his strange black eyes glaring into mine. I felt self conscious in his presence as always. How Ashley could stand to be with him is beyond me.

"Can I help you Lycan? I'm kind of busy here. If your looking for Ashley she's with Matthew right now. I believe their working on their book again," I said, trying to keep my voice calm, even though all I wanted to do was hit that evil bastard in the face.

"God damn it! When isn't that bitch with him? What a WHORE!" Lycan screamed as he stormed off. I made a mental note to once again try to talk Ashley into leaving him.

I hurriedly finished cleaning the dishes from lunch then I went off to find Ashley and Matthew. God only knows what kind of trouble those 2 could land themselves in whilst they should be working.

I slipped out into the garden that was isolated in the middle of the house. What I saw made me gasp.

Matthew laid in a puddle of his own blood, either unconscious or dead. Huddled in the corner was Ashley, sobbing. Lycan was standing over her, shovel in hand.

Lycan swung the shovel around and whacked Ashley upside the head. There was a deafening crack and a quiet moan escaped Ashley's lips. She slumped forward, unmoving.

I saw red and ran towards Lycan. I jumped on his back before he even registered what was going on. The momentum of my jump brought both of us tumbling to the ground.

My breath whooshed out as we hit the concrete. Swiftly I struggled to get on top of Lycan. If I failed to kill him, or at the very least knock him out, I knew I would be his next victim.

As soon as Lycan figured out what was going on he began to fight back.

After struggling for a few more minutes I managed to gain the upper hand and climbed on top of Lycan. I grabbed his skull and slammed it as hard as I could into the ground multiple times. When he stopped moving I jumped up and ran to Ashley's side.

Kassy came out into the garden as I was checking Ashley for a pulse.

"Babe! I need you to check and see if Matthew is still breathing! Ashley is but just barely. I'm going to go call 911," I practically screamed at Kassy.

Without a second glance I rushed out of the garden and back into the kitchen.

I grabbed the phone and dialed 911. Panic began to set in. I had no idea if my best friend was going to make it out of this alive or not.

"Yes hello this is Teresa Perez. I'm at 1313 Belladonna Drive. The Erinnyes Ranch…I have 3 people in my garden bleeding severely. Ashley Getz was hit upside the head with a shovel. She's still breathing but just barely. Matthew Rainwater's condition is unknown. I believe he was also hit with a shovel. Lycan Chapman is unconscious. I smashed his head into the concrete. He was the one that attacked Ashley and Matthew. I think he's dead. Please hurry. Ashley and Matthew don't have long. I'm not even sure if Matthew's still alive. There's just so much blood…"I explained franticly.

"Just stay call ma'am. I'm sending EMS and the police right away. There approximately 15-20 minutes away. Is there anyone else in the house?"

"My wife Kassandra is the only other person. She's in the garden attending to Matthew and Ashley," I responded.

Before the operator had a chance to say anything else I heard a muffled scream from the garden. I dropped the phone and grabbed the huge knife laying on the counter.

Rushing back out into the garden I almost dropped the knife when I saw my beautiful Kassy laying in a crumpled heap next to Matthew. Lycan stood over her, a bloody pen clutched in his murdering hand. Lycan had stabbed Kassy with one of the pens Ashley and Matthew had been using to write with.

Without thinking I ran at Lycan yet again, knife raised. I was prepared to stab him, and he was prepared for me to rush at him. Lycan quickly started running toward the side of the garden where we kept all of our gardening equipment.

"SHIT!" I swore under my breath.

Lycan grabbed the spade off the rack. The shovel already missing. It was currently located next to Ashley, where Lycan had dropped it during my first assault.

I tried to think of the best way to attack him without me dying. A direct assault was out of the question, he would expect that and hit me before I could stab him. After a few seconds that seemed like an eternity I ran out of the garden and back into the kitchen. I could hear Lycan following me.

Once I was in the kitchen I rushed up the stairs and straight into Ashley's room. Closing and locking the door behind me I went into the attached bathroom. Ashley's private haven. I closed and locked the bathroom door too.

I could hear Lycan attempting to break down the bedroom door as I went to the vanity and started searching through the drawers. Pushing aside hair pieces and makeup. I shuddered slightly as I pushed aside a box of condoms.

I quickly found what I was looking for. A metal box with a numeric key lock. I swiftly punched in 1901 and hit pound, thanking god Ashley was so predictable. I opened the box and pulled out the fully loaded 9mm.

Finally I heard Lycan breaking through the first door. I prepared to shoot the bastard as soon as he got through the bathroom door.

The second Lycan got the door open I unloaded the entire clip into his chest. I dropped the gun and went over to where Lycan's now still body lay. I checked for a pulse. This time there was no way Lycan was getting up.

I walked down the hall into my own room as I heard the ambulance and police arriving. I walked into the bathroom and turned the sink on, washing the blood off my hands.