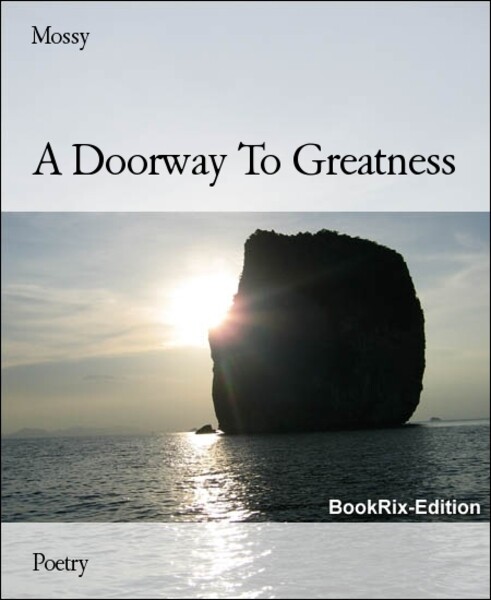 A Doorway to Greatness


My first memory of facing an overwhelming challenge was swim class when I was 6, and first went up the high dive. My class watched as I climbed the steps and walked along the narrow board. I was fine until I looked down, and then I was awash with fear. “Go on,” the teacher said reprovingly. The board swayed up and down under my feet and all I could think of was how to get off – fast! I fled back down the ladder to the jeers of my fellow classmates. I stood, humiliated, watching as my classmates dove with ease, and for the first time I thought about what it is that enables one to overcome fear, and was determined to do better in the future. My approach to life shifted a little again about two years ago on the eve of Yom Kippur.

It was a cold, clear night; I winced as I stepped out of the shul door. I looked at the sky, not a cloud in sight. I looked enviously at Ilana – she had remembered to bring a coat! I made a quick mental note to bring a coat when we went to services the next morning. We walked down the alley, the pine needles crunching under our feet and the stunning scent of pine coming from the trees. It was a bit eerie the way the trees’ shadows danced in the slight breeze.
“I’m cold,” said Malka.
“Then zipper your coat, silly,” I snapped. My feet hurt from all the standing we did during services and I had a long fast ahead of me.
The tantalizing smell of lavender reached my nose. In summer swarms of bees hover around the lavender bushes, but now there was no familiar hum, just silence. I looked about, realizing that many people in the houses we passed were already in bed. The street lamps cast a forbidding, dingy light on the street.
“Come on! Hurry!” I grumbled at the siblings trailing behind, “I want to get home.”
We walked on. The silence pressed on me. In an attempt to break the ominous stillness, I shouted, “Race you to the corner!”
My younger siblings and I raced for the signpost; Gavriel was the victor. Ilana and our father followed at a more sedate pace. We crossed the street. I felt a bit better as I saw a friend’s rose bush, the small pink flowers fragrant and lovely.
Then the sound of ambulance sirens, and suddenly I was scared, no, petrified with fright. We all stopped in growing apprehension and listened to follow the movement of the ambulance, but the sound did not diminish as usual, it grew closer and louder. My father had only to look at Ilana to set her racing, faster than ever, down the sidewalk. We followed, and it was suddenly way too cold. My teeth chattered. I was so scared. We were half a block from our house when Ilana raced back towards us.
“It’s at our house! They’re putting Ima into the ambulance!”
We all froze. We had been scared before, but still we had hoped that it was for someone else. We had begun to expect that ambulances – which had been an almost weekly occurrence for a while – were a thing of the past. Our father arranged for us to go with a friend from shul so he could go to the hospital with Ima. It was a long night, but everything did turn out okay.

It is hard to put into words the ways in which this incident affected me, and it is only in looking back on it and seeing where I am now that I realized how much I changed after it. The high dive episode planted a seed; Afterwards I began to see that sometimes a bit of stress, or even terror, can help you do things you didn’t think you could, but that using that potential is a choice I would have to make. And after that Yom Kippur scare, I did some serious thinking; I read a bunch of books and thought some more. I was grappling with the question, “If challenges are so good for me, why are they so hard?” I thought about what the world would be like if everything were easy, or if everyone avoided things which took effort. I realized too that the harder something is, the more one grows once it is completed. My final realization was that the key to a contented life is living each day seeing every obstacle as a gift, a doorway to greatness.