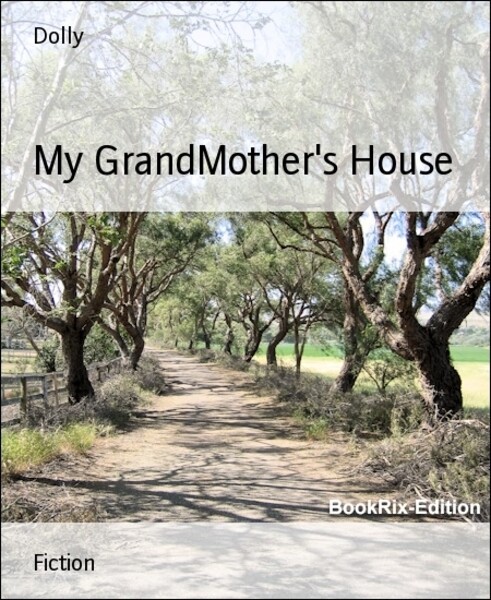 I have never liked going to my Grandmother’s house, it wasn’t that I didn’t like my Grandmother; I just didn’t like her house. It was an old Victorian house with large windows that loomed over the overgrown lawn and a wrap around porch that stuck out of the house like a decrepit shack that was forgotten from a hundred years ago. The paint was peeling off the porch and the boards were sunken and on the occasion they broke when walked upon. It wasn’t that my Grandmother wasn’t into home repairs; it was more like she only liked the inside of her house so that was where her focus was. The house itself stood tall and was an ugly color of grey that had once been white. Yes, my Grandmother’s house was that one house on the block that was for sure haunted, and had an old witch living inside. I know this because many of my friends had told me when I was growing up, that it is referred to as the spooky house.

Inside the house, the lighting was dark, with the look that the electricity in the house mirrored what the house had looked like when the only light was from candles. My Grandmother like this because she said bright light hurt her eyes. The wall paper had been taken good care of, still in great form with no rips or tears; it was washed quite often and still looked like it may have been the original wall paper for the house. The sitting room was the focus of the house, there were antique chairs and a coffee table, and large windows dressed in sheer curtains with red velvet heavy curtains framing the edges. The velvet curtains were mostly closed during the day and opened at night, due to the brightness of the sun. I hated those curtains with a passion, they blocked out the sun so well that at high noon one would have thought that the mantle clock meant it was midnight. Then when they were opened at night, you could feel the eyes of those passing by looking in with wonder on what they might see on the inside.

The rest of the house followed this theme; it has a large kitchen, formal dining room, one bathroom added recently in the last 30 years I am told, three upstairs bedrooms and a very large dark dusty and gross attic. Another downfall to Grandmother’s house was the lack of the TV room that would have occupied my time quite nicely, but instead I was forced to sitting and staring at the old photos on the walls. The reason I am telling you all this, is because my Grandmother is ill and since I am the oldest Grandchild and had just finished college, I have been elected to help my Grandmother out for the entire summer.

My Grandmother was 85 years old; she walked with a cane and stooped over in the way that makes you think any minute she could do a summersault. She wore dresses everyday, with what are called compression stockings wrinkling at her ankles. Her hair was in a bun loosely gathered on the back of her head, and her glasses hung down from her neck. I had the most stereotypical grandmother anyone person could have. Her hearing however was perfect, and she caught every sigh that I uttered no matter how soft I tried to make it.

“I don’t see what the big deal is, I can take care of myself, and I have done it my whole life.” Grandmother said after my most recent sigh, as I lay on the couch looking through the latest fashion magazine.

My Grandmother would never admitted when she needed help, but she had fallen twice this winter on the stairs and was by the grace of God still up and walking. I reminded her of this.

“Grandma, you know that you have been very lucky so far, but I just need to be here in case you feel weak or light headed so you don’t fall again.”

“If I am weak or light headed I’ll just sit down, besides haven’t you fallen down stairs before?”

She again had all her wits about her and made a good point, I am the clumsiest person this side of the Mississippi. In the last year I have fallen down the stairs three times, but I wasn’t going to bring up my misfortunes and give her fuel for the fire. It was best not to argue with Grandma, but instead just quietly admit that she was right. In this case by not answering her question she knew that what she had said made the impact it was intended to make and the discussion did not need to proceed.

“It will be fine that you stay around the house this summer, I could use help cleaning up things in the attic.”

Great the lovely attic would be the highlight of my summer. I have only been in my Grandmother’s attic once, and it was such a frightening experience I couldn’t go up again afterwards. When I was seven I made a trip up to the attic during a game of hide and seek with my cousins. I convinced myself that it was the perfect place to hide. I crept up the stairs and opened the heavy oak door, quickly jumped in and shut the door behind me. Big mistake!! The attic had very little light, what light it did have was coming through two windows, one on the front of the house and one in the back. The attic was larger than I had ever expected and I started carefully walking through to see what stuff was lying about. Most of my Grandma’s stuff was put in neat boxes and labeled. But there were other things around the attic that were laid out like they had recently been used despite the thick layer of dust that surrounded them. There was a large mirror and a rack of old clothes. I took a dress down from the rack and shook it out, dust spread over the air like the fog on a lake. I slipped the dress over my head and adjusted just right. Stepping up to the mirror I took a look to see how pretty I must have looked in the old fashion dress, however when I looked in the mirror it wasn’t what I had expected. Inside the mirror I was not alone!! There were three other children in the mirror besides me, all in old fashion clothing. I ran as fast as I could to the attic door, and tried my best to leave; I had felt like my heart was going to explode out of my chest. The attic door didn’t open, when I had shut the door it locked and I was now stuck in the attic with three children I did not know and the three children were only in the mirror and could not be seen around the attic. I screamed the loudest scream I could muster, but it seemed no one had heard me. Someone eventually came and let me out, to this day don’t know how long I was in the attic, and I never went back.

At the age of seven, no one believed me, most adults hear stories that they believe are a child’s imagination. That is exactly what had happened when I told the story of the ghost children in the attic, and the phenomenon of the door locking shut when I closed it. The rationalizations came in high numbers; everyone had an opinion about what I thought I saw or how I must have locked the door without knowing it. No one believed in the children, no one even cared for a description of them. If I could have given them the detailed description that was forever implanted in my brain, maybe someone would have believed me. The tallest ghost was a girl that was around my age, she was wearing a blue calico dress with tiny pink flowers on it, and her hair was shoulder length and brown. She wore a bow off to the side of her hair and she had black stockings on with black shoes. Her dress had a small amount of lace around the top collar, around the wrists and at the bottom. The two other ghosts were boys about two years younger than I; they were twins which of course I assumed since they looked identical. They too had on black stockings and shoes, but they were wearing brown pants that stopped around the knee and each one had a button up shirt on, one in blue the other in green. Their hair was lighter, more of a sandy yellow and was almost long enough to be in their eyes. Who were these children and why were they in my Grandmother’s attic? I never found out who they were and I never returned to the attic. Did I mention before how much I dislike my Grandmother’s house?