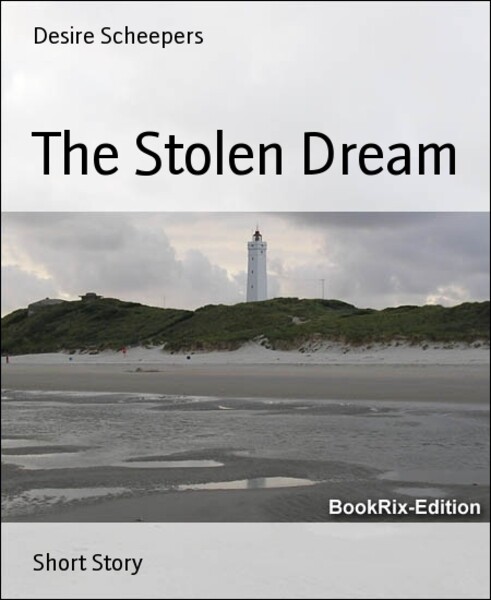 The time has come for the truth

I have to tell him. I love him too much to keep it from him. But what if he pushes me away? I hadn't asked for it to happen.

These thoughts had been going through my mind for the last week. We had been away together for the long weekend and Neill had asked me to marry him.
There were some things in my past that I would have to share with Neill. I could no longer avoid the truth.

"Honey, I need to talk to you." I told him after dinner had been cleared away. We were sitting in front of the TV, winding down after a busy day.
"Sure, what's up?"
Now that the moment had finally come, I didn't know what to say. I felt like I was suffocating, the words piling up but not leaving my mouth.
"Do you remember Holly? I used to work with her."
"Yeah, vaguely. Why?"
Taking a deep breath, I started talking.
"Well, a while after she had joined the company, she invited me to go to a party with her and her boyfriend, Carl.
I had nothing else to do, so I agreed. The party was on a Saturday night, so they collected me around three in the afternoon.
We first stopped at their place to get ready before we left for the party.
One of Carl's friends had organised it, so I had never met any of the people.
Now, you know how shy I can be, so I basically kept to myself for the first while, only relaxing after the first hour or so.

"Stop looking so tense. Come on, have some Spiced Gold. It will relax you." Hank said, holding out a cup.
Hank was the friend hosting the party and a bigger flirt on two legs would be difficult to find. He thought he was the answer to women's prayers. I didn't know how to say no, so I took the proffered cup.
"Thanks."
I was so nervous, the cup started shaking.
He had been teasing me the whole night, trying to make me blush and succeeding very well.
I didn't have a lot of experience in the male department, so any attention was flattering, but I was starting to feel slightly uncomfortable.
I slowly sipped the drink and sat observing everything around me. By the time my drink had seen the bottom of the glass, my shyness was slowly disappearing, making way for another more talkative person.
"You know, you really shouldn't take Hank seriously. He always does this to any new girls on the scene." Holly said, after Hank had flirted with me continuously for the last ten minutes.

Understanding from the beginning

I was really having a difficult time getting to what I wanted to tell Neill. I guess by starting the story from the beginning and telling all the details, I was letting go of something that had been haunting me for a long time. I had never had the courage to tell anyone what had happened.
"I'm sorry that I'm taking so long to get to the story, but I need to tell you everything to make sure that you understand fully."
Neill looked into my eyes, gently stroking the back of my hand.
"No matter what you tell me, it will never make a difference to how I feel about you. You are the most important thing in my life and I will love you always."
Hearing the words and seeing the look in his eyes gave me teh courage to continue.

Holly and I were sitting to the side of the table, looking at the others. They were busy playing a drinking game.
"Come on, join us." Hank said, shifting over to make space for me.
Hindsight, as they say, is 20/20.
I went to join them and Hank explained the rules.
" Ok, what you do is this. You try to say the sentence "Peter had a pack of pickled peppers" three times in a row. If you don't get it right, you down a glass."

The stealing of the dream

"I can never forget that decision. That is what changed everything for me." I wanted to choke on the words, but I knew that I had to go ahead with it.
"Very soon I was almost incapacitated because I didn't know anything about drinking games. I was the biggest loser.. After a while I couldn't even walk straight any more. I became aware of a pressing need to visit the bathroom, so I excused myself and wobbled along looking for the toilet door.
I finally reached the toilet and sat on it for a while, basically falling asleep. The sound of footsteps jerked me back to reality. I struggled a little to get my jeans back up. When I had managed to do that, the door suddenly opened and Hank was standing there. He asked if I was ok, because I had stayed away so long.
As I was aiming to leave the bathroom, reassuring him that I was fine, he held me back, saying that I had been teasing him the whole night and he couldn't wait anymore. Now was the time that he would show me what I would get for leading him on.
He started pushing me back towards the shower. I was so out of focus that I only realised something was wrong when he started to get rough with me.
He started taking off my top, telling me to keep quiet, that this was what I wanted. I had never really been in such a situation and being drunk didn't help matters. He forced me into the shower, almost smothering me to keep me quiet. All I can really remember is him standing in front of me and my head keeping on banging against the shower wall. I next became aware of lying naked on the floor and feeling cold. Hank was towering over me, also naked."
I had to swallow a few times, the tears threatening.
"He raped me. I can't remember a lot of other things, but I can remember the pain. I think I must have made some noise, because the next thing I know, he was dressing and telling me to get dressed. I couldn't think of anything. I think my mind must've blanked out, because I couldn't even find my top. He scratched out a shirt for me to wear and told me to keep quiet about what happened."
By this time the tears were flowing freely, both of us crying.
"We went to join the others and I kept quiet. I didn't say anything. I couldn't. I blamed myself. I had been drinking so much. Everyone would blame me. They would ask why hadn't I put up more of a fight. How do you fight someone double your size? I did say no. I did say that it was not what I wanted. He didn't listen. His excuse would be that I had been drinking the whole night. I had been flirting with him, leading him on. How could I know what I wanted when I couldn't even walk straight?

The trust of a friendship lost

The party ended soon after that. I don't think anything registered at that stage. Just as we were about to leave, someone brought my top that they had picked up in the bathroom.
When we eventually reached their house, we basically fell into bed and slept.
I was the first one to wake up the next morning, so I decided to have a shower and get ready. I had forgotten for those few moments that anything had happened, my mind trying to go into denial.
As soon as I undressed to step into the shower, I saw the marks. My arms and legs were blue, with the hand marks clearly visible. When I saw them, the previous night hit me like a steam train. I felt as if someone had reached into the deepest part of my soul, tearing away my innocence. Something that could never come back. My dream of trusting and loving and human kindness had been stolen from me. It is only now that I know that no one has the right to take that something special, even if you were under the influence of alcohol. When you have been drinking, you cannot make decisions with a clear mind.
As soon as I had finished my shower, I went to face Holly to ask her if she knew anything. I wanted to hear from her if she knew what had happened.
When I asked her what the marks on me were, she said that I had been very violent during the party and that they had to restrain me. As soon as I heard her say those words, I knew that I would get no support from her. I could remember what had happened, but I would not say anything, because I would be alone, everyone else saying that I had asked for it. I had been drinking so much, so I had to know what would be the outcome.
I have been carrying this for the last seven years, having pushed it to the back of my mind. It is only now, with you, that I can face the truth about what had happened that night. I can finally start to process this and deal with it.
Neill was sitting and looking at me, the tears having left tracks on his cheeks.
"I don't know what to say. You don't ever have to be sorry for what happened. You were violated in the worst possible way and then betrayed by someone that you thought was your friend. I love you very much and I will try to be there in any way that you need me. I'm glad you told me. Now we can both work through this together, supporting each other. It's just a shame that you had to carry this for so long without anyone to be there for you. Thank you for trusting me with this."
It was then that I realized that I couldn't have asked for a better partner in life. Finally I would be able to deal with a very dark and bitter part of my history. Even talking about it made me feel better and more in control of my life. I would no longer let the memories of that night and of Hank rule my life, for that is what had been going on. I could slowly start to let go with the help of someone that loved me, even if my past was anything except rose- colored.
I could face my future without having to feel guilty about what happened in my past.