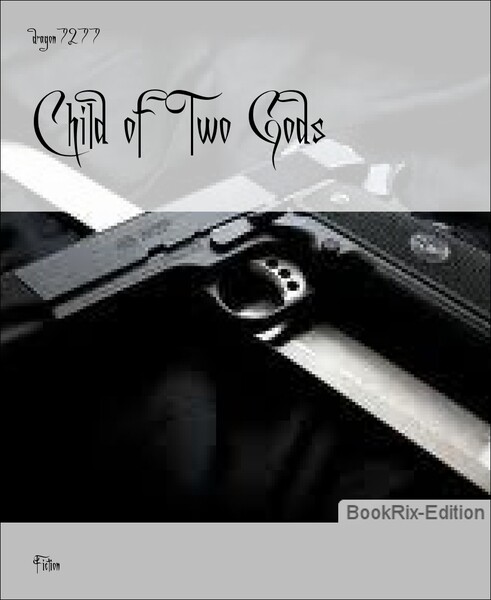 Chapter 1: [I Get an Annoying Call from My Sister Who Lives In a Five-Star Hotel]

Hey, Mike here. Okay Lets’ start at the beginning it all started when my stupid bloody younger sister, Stephanie, who is 12, complained that it’s not fair that me and mum stay in London, while she and dad traveled around the world. {It’s true! And stop stepping me on the foot} Okay, it was 2:45 PM, I was sleeping in my hammock, it was peaceful in the camp that was in the middle of nowhere some where 59 miles from London. And mum came into my tent to give me those vitamin water bottles before we go walking again. Mum was nice to everyone and people would never think that we were with related. She has the purest green eyes, blonde hair that was down to her shoulders, while I have short brown hair, stormy gray eyes and I’m 13.
“Hey Mike get ready to go we’re leaving in 2 hours okay?” she said.
“Sure mum,” I replied. “Hey, mum”
“Yes, Mike?”
“Tomorrow Stephanie is coming to visit right?”
“Of course she is, honey,”
“Oh, okay.” Then she left the tent leaving me alone in the tent. Then my phone rang, ~ Αιτία-baby-απόψε.....~, I quickly picked it and pressed the on button.
“HEY MIKE ARE YOU THERE!?” Stephanie yelled. There was loud metal music in the background, it so loud I fell off the hammock. I didn’t reply and hung up.
Five minutes later it rang again.
“Hey Mike you there?” she said softer now. And I can only hear the music in the distance now.
“Yeah” I said. “Where are you? Arizona? New York? Some random deserted island?”
“No you retard! I’m in a concert in London! It is so awesome! I met this cute boy, he is so hot!”
“Okay, okay. So your not just calling me because your telling me about this really awesome {not really} boy that you met in a concert in London, right?”
“Well, duh!” she said. “You are so lucky that you and mom get to stay in London! And now dad and I are staying in a five-star hotel, the last country I was in was Greece, dad told me about the boring stuff of Greek gods. And he got angry at me because I’m not paying attention.”
“Okay. You know we had this conversation about a thousand times!” I said. It was starting to get annoying because she calls like twice a day, and I got into trouble just because she called during math class. “Oh yeah, you and dad coming to stay for the night remember?”
“Of course, I remember! She said. I can tell she was losing her temper. “How can I forget it is like the only time of the month that I stay with you? Now remember to have my favorite shampoo in the showers and have my panda pillow pet in my room, okay?”
“Okay, okay.” I said trying not to raise my voice. Isn’t she annoying?

“Okay, Mike time to go!” mum said. As I finished putting the rest of my clothes and stuff into my bag which is just two pairs of shorts, jeans, and two shirts, a toothbrush, and some men cologne.
“I’m ready, mum!” I replied. She took a deep breath and got into the car.
When got home mum was crying because she missed dad so much (this happened every time) and when dad came out she cried even harder. And while they start to talk. (which is always which Greek mythology to teach Stephanie and how each other were for the past month)
So when that happens we go to my room, and she always hogs the computer while she tells me to go read a bloody book, like always. {Okay, okay, ow! stop hitting me, not always but mostly}. People would never guess that we were related either, she has long blonde hair and green eyes like mums. And I look more like my dad, but he has brown hair that was a bit darker than mine and he also has green eyes.

Hey Stephanie here! Okay Then about 3 hours later of boring getting strangled by your little sister, who is so bloody weird, we heard a crash downstairs. We hurried downstairs and saw a weird looking goat, I thought it was a goat, it had a goat head, body if a lion, legs and feet that was part chicken and part-frog? And it had a tail which had a snake. I searched my head for what it could be then I remember it from a Greek mythology creature lesson with dad.
“It’s a Chimera,” Mike whispered.
“A what?” I asked bewildered.
“A Chimera, a Greek mythology creature of ancient times!” Mike said a bit louder this time.
The Chimera turned to us and ran towards us with amazing speed; we turned and ran towards the living room. But that made it worse. We saw a Minotaur holding mom and dad and it let out a huge roar/moo kind of sound and jumped out of the house through the window. “That’s going to cost us,” I said. “You got a plan?”
“How about run?” he replied.
“But what about mom and dad?”
‘Raaagh’ the Chimera roared and ran towards us with its goat horns.
“It’s now or never!” Mike yelled. “Run!”
He grabbed my hand and charged through the door outside and there stood a guy standing there in swimming shorts, and sunglasses, and a women in black jeans, baggy shirt (the fact that the boy is holding a three pointed spear, and the girl is holding two daggers) Oh god! What now? I thought, humans are against us too? Is the world betraying us?
“Halt!” said the man. We ran to a stop and turned to see the Chimera breaking down the door.
“It’s mine you got the last one.” The woman said. She raised and threw her daggers and it hit the Chimera in the head and it turned into a rumble of rocks.
“What number is that?” the man asked.
“Thirty-seven,” the woman replied.
“Oh, in the name of Zeus!” the man cried.