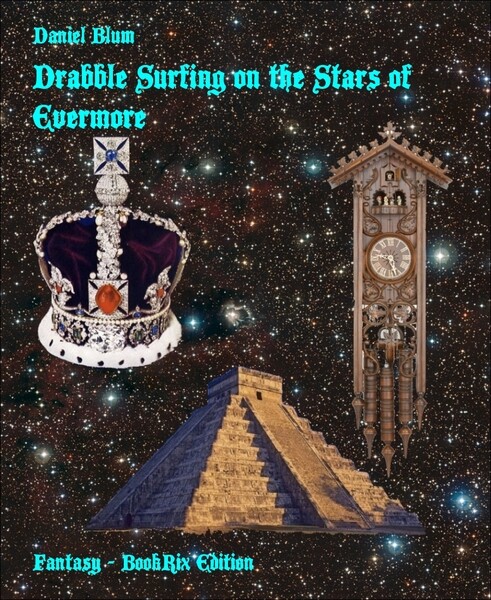 The Pyramid of Destiny

“Samurai’s begin.” Darkness shatters the halls of a pyramid. Green hologram swords clash in the dark.
Judge, “The one who climbs the pink stairs will fly forever on star journeys.” Blue throwing stars pass in the darkness.
Young samurai, “The glow of pink stairs to champion quests.” The young samurai sprints at a sumo samurai heading for the steps and swipes his sword across his back. The young samurai goes deaf as he reaches for the knob of quests. A samurai girl runs past a glowing gold throwing star stuck in the young samurai’s back and falls onto rising stars.

An old man and his wife sit in rocking chairs. A fire is dying.
Wife, “You promised you would never leave.” The old man fills a satchel with bread. “Stay you have all you need, right here.”
Old man, “I am going mad starring at the same paintings and the ripped pillow.
Wife, “Do not open that door.” The woman hides and screams. The old man lifts a wooden lock and walks into a blinding light. The woman covers her ears from thundering laughter. Giant fingers grab the old man and shut the mini door to the grandfather clock.

A pirate captain takes a diamond eye patch off a skeleton. “So long old friend.” Caves block in the ship.
Shipmate, “We have to find the ruby crown, for it will show us to eternal waterways.”
A witch cackles. The captain sees a ruby in the floorboards. The witch beheads the shipmate. The captain breaks through to the crown. The witch sprints at the captain. The ruby flickers. A spirit king illuminates. The witch cowers as the king slices her down. The king throws his axe into the rocks. A gold path of light leads the captain to endless voyages.