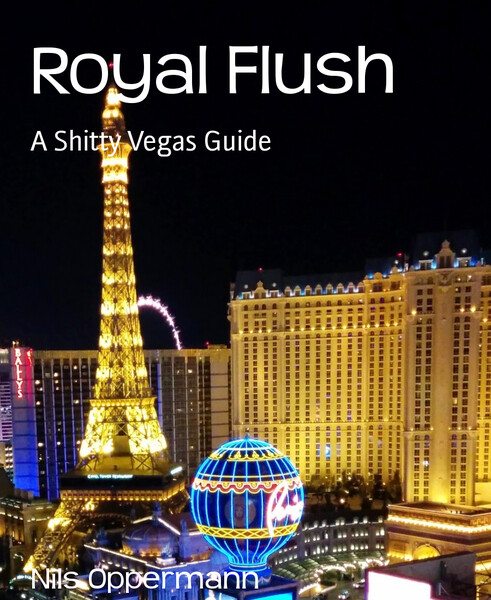 The first question that will probably come to mind, “Why would anybody write a guide about bathrooms in Las Vegas?”. Well, I think the better question is, “Why not?”. Nobody has done it before and that’s why you’re reading this now. I was well aware that going into a bunch of public bathrooms might bring some problems with it and indeed there were quite a few people that gave me weird looks, but thankfully I did not run into any problems. And, miraculously, nobody tried to beat the crap out of me for taking pictures in there. Although I would have understood if they tried. By the way, this is the Gentlemen’s Edition, I figured it would be wiser to stay out of the ladies bathrooms.

As you will see I did not cover all the casinos on the Strip. There were some I just forgot about, like the Stratosphere Tower. In my defense, I think this one is easy to overlook. There were also others I simply did not care to write about, like the Quad. It was still under construction and looked like a mess. If this bothers you I can go back and investigate further. If enough people buy this book I will surely do that.

While I was wandering through the casinos I noticed that there were quite a few things that you could miss if you weren’t paying attention. In Vegas, there are lots of things to see and do if you know where to look, so I decided to include a few tips to give this book some educational value. There are lots of freebies in Vegas besides all those bathrooms, that is, if you know where to look.

And don’t forget to wander around the Strip when you’re in Las Vegas. It’s a lot more fun than taking a cab. There are even people standing around who will give you phone numbers for very good looking women, and they ask nothing in return. Actually they don’t say anything at all. If you don’t care for all those phone numbers you can just flush ‘em down the toilets I am about to introduce.

Some of the information in this book might not be accurate and it only reflects my own opinion. So don’t be mad if you read something you don’t agree with. You can always invite me back to Vegas and show me I was wrong.

I hope you have as much fun reading this book as I had investigating and writing it. And if you don’t, well it is a book about bathrooms after all. 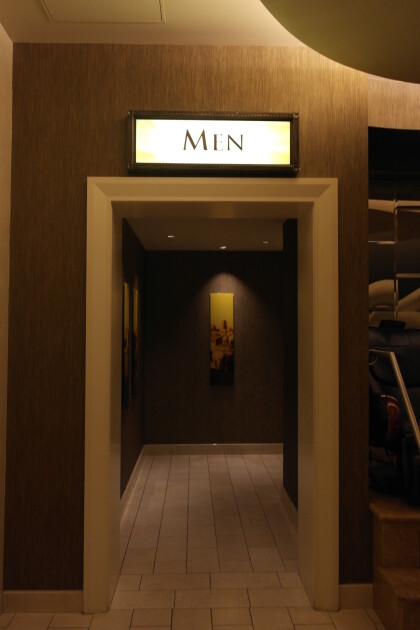 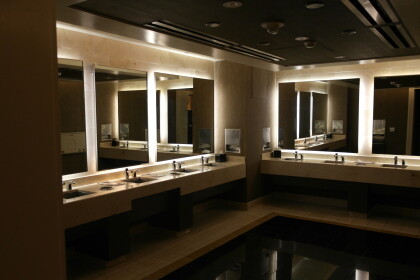 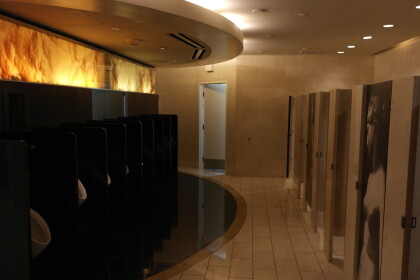 When Alan asks, “This isn't real Caesars Palace, is it?” in the movie The Hangover, he kind of has a point. It really looks like the accommodations of an emperor. I know that the movie exaggerated a few things about Las Vegas, but I was kind of disappointed when there was no tiger in my bathroom.

I can imagine that some bathrooms back in Roman times were that luxurious and maybe even that clean. But I am pretty sure that those bathrooms were not open to the public and not everybody could just walk in.

It seems like the Romans were better architects than the builders of the Caesars Palace. Back in 1975 a flash flood destroyed 200 cars in Caesars’ parking lot. Apparently, they built the parking lot right where rain flows down from the mountains into the valley. Smart move! Or maybe they were trying to build the most powerful flush in Las Vegas. In that case, “Congratulations!”

The resort is actually called Caesars Palace, and not Caesar's Palace. The reason for this is that everybody can and will feel like a Roman emperor when visiting the hotel and casino, especially while taking a dump. I personally think that Jay Sarno, the guy who built everything around these bathrooms, was just trying to cover up his spelling mistake.

But let’s not be too picky, Caesars Palace has some great free shows you can watch at the Forum Shops. You can watch “Fall of Atlantis”, asking yourself what a show about Greek mythology is doing in a Roman themed casino, or instead you could head over to the Festival Fountain and enjoy that show. If you’re looking for thrills then go check out the spiral escalator at the entrance of the Forum Shops. It is one of the longest in the world. 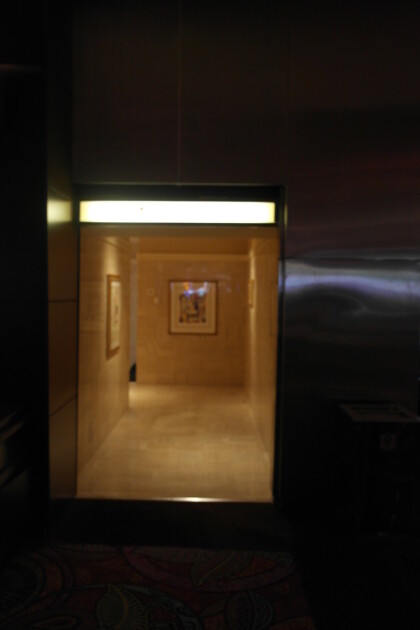 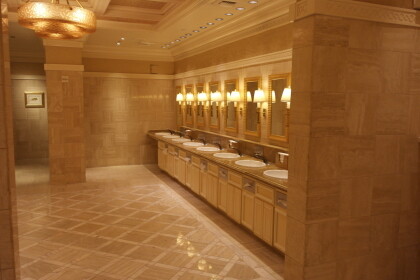 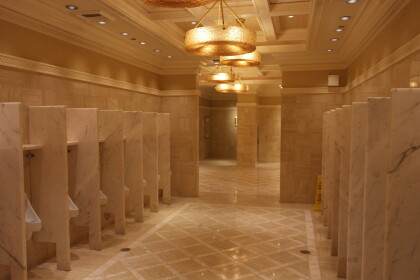 Dedication:
I want to dedicate this book to Julia, who put up with all this crap. Not once did she complain when she waited in front of a mens room, while people gave her weird stares.