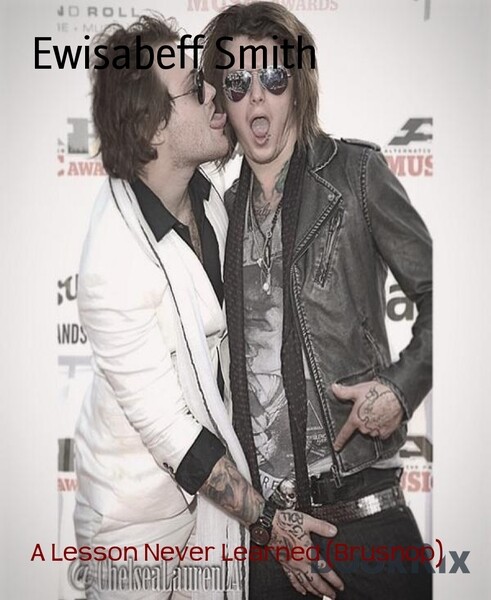 The face that can't escape me

I closed my eyes as a wave of nausea washed over me. I bit my tongue holding back a groan, why haven't I learned that drinking comes with consequences? Consequences that I can't handle. I gently laid my head on the sticky counter. Well, I thought I did it gently but considering the ache in my head that followed I was questioning whether I had laid my head as gently as I thought or if someone came up behind me and bashed it into the cool marble.

I felt around my black leather jacket desperately searching for my phone. Coming across an odd lump on the bottom of my jacket I had to assume that I found what I was looking for. I weakly pulled out my phone and held it in front of my face. Blurry face after blurry face danced in front of my eyes until I was able to find one that I recognized.

Ben. Benjamin Bruce. Even in my drunken state that was one face that would not, could not escape me. From his perfect light brown hair to his beautiful blue eyes. I felt my face heat up at once remembering the day when I realized that these thoughts that I was having of Ben, were more than friends.

I smiled slightly and brought myself back to reality. I was in a bar, with no one that I knew. My head was killing me, I was seconds from pissing off the population when I unleashed a full days of drinking on the next poor sap to walk too close to me.

I took a deep breathe and put the phone to my ear. It rang twice before I was being greeted by a beautiful British accent. "Hello? Danny?" I could hear the usual amount of concern.

"B-en. I need you to co- come pick me up." I had to stop a few times to regain my breath. I was so close to losing it all on the bar floor.

I could hear a deep sign. "Sure thing mate, which bar are you in tonight?'

I smiled to stop the coming tears. It gets pretty bad when all I have to say is come pick me up and they know instantly that i've had too much to drink in some shitty bar. I could feel my throat tighten up. I knew I needed to end the call soon before I broke down. I quickly mumbled out the bar name before hanging up and closing my eyes.

Why do I do this to them? James, Cameron, Sam? Ben? Why do they put up with it? Everyone knows i'm an alcoholic. My band mates. My Family. Our fans. Why am I able to accept that?

I slowly reached up wiping away a forming tear. I'm doing way too much thinking for all the drinking i've done tonight.

I heard a small clatter beside me. I opened my eyes slightly and seen a blurry figure sit down beside me. I quickly closed my eyes, as I heard the person next to me let out a deep sigh.

"What are you doing to yourself, mate?" Ben sat there in silence for a couple minutes before he stood up and nudged my shoulder thinking I was asleep. "Danny, Danny. I'm here. Let's go back to the bus." He sniffled.

I opened my eyes and attempted to nod my head slightly, I regretted that instantly. I slowly lifted my body off of the bar stool and latched onto Ben's body. He took my arm and wrapped it around his neck supporting all of my weight.

I let my head lazily roll from one side to the other. I felt like a child about to get lectured by their parents for doing something wrong. I couldn't figure out why Ben was being so quiet. He normally has a lot to say to me after an early morning bar call.

"Ben, are you going to say anything to me?" I looked over as he clenched his jaw.

He turned his head towards me and met my eyes. "Not now, Danny. I think it's best if neither of us talk." He turned his attention back to the road and took a deep breath.

Okay, this definitely isn't the same Ben who's been my best friend for years. Sure, sometimes when it's late and he has to come pick me up he expresses a little bit of annoyance and "the how could you do this?" talk. Which in most cases I find annoying. I'm an adult for god's sake. But it would be better than this dreadful silence.

"Ben, please." I plead with him again.

He turned towards me for a small second and then reached forwards turning on the radio. Thankfully he didn't turn it on high, but I could tell that was the end of our one-sided conversation.

After a few moments I recognized the song "the cave" By Mumford and sons, and slowly drifted off to sleep.

"I don't know what more we can do, James. I'm really worried for him. He doesn't talk to anyone about why he's like this."

"I don't understand why. We're all here for him, Danny should know that."

I sat up quickly, too quickly if I’m being honest. My head was spinning, as was everything else on the bus. I slowly lowered my head back to the pillow but I kept listening to the conversation between my band mates.

I smiled, knowing that no matter how upset Ben was at me for my late night bar escapades, he would always come to my side on the matter. Always.

All three of them mumbled in agreement and then slowly dispersed. 2 of them left the bus while the other set of feet walked closer to the bunks.

He sat at the table across from the bunks and opened a can of beer. Taking a long gulp of it. "Danny, why are you doing this to yourself?" he whispered. I could feel his stare on me. it took everything not to give in and open my eyes to look at his face.

I heard some shuffling and discretely opened my eyes, looking in his direction. The sight I seen was not something that I was used too.

Ben was sitting at the table with his hands buried in his hair, staring down at the glass surface of the table. I could tell that he was starting to break down. His breathing was getting rough and uneven.

He hesitated before looking out the window and wiping his eyes. "Morning Danny" He said quietly returning my gaze.

"I'm really sorry for last night." I said. Ben can't resist my apologies most times. He lets go of being hurt and goes back to being my best friend.

He nodded his head slowly. "Yeah." Was all he said.

I frowned. This isn't how it's supposed to happen. I'm supposed to do something stupid, upset the whole band, Ben runs to my aid, defends me and then forgives me.

I gagged in distaste. Why did I expect that to keep happening? Why doesn't it affect me that I can predict every future move and I’m okay with Ben just "forgiving" me over and over.

Ben continued to sit there staring out the window.

"Can you give me a hand, mate? I'm still feeling sick."

I watched as Ben hesitantly stood up and walked over the bunk extending his hand for me to grab ahold of and pull myself up.

I grabbed onto his hand, but instead of him pulling me out of my bunk, he pulled himself into mine. I moved over to the front of the bunk so he had more room in the back. He crawled under my blankets and turned so his back was to me.

I went to grab his shoulder and turn him around to face me but he shook me off. After laying there in silence for what felt like forever I eventually laid on my back and closed my eyes.

"You just don't get it." He sniffled.

I opened my eyes instantly. "What are you talking about, Benny?"

I heard shuffling, and then he was facing me. I turned on my side and looked directly into his wet eyes.

He shook his head. "You keep doing it. You do it again and again and I forgive you every time. Do you even consider how it makes everyone else feel? James, Cameron, Sam? Me? It's always the same thing."

I opened my mouth to respond, but really. What could I say? He was right. This is what I do. It's like a game to me. It's a game where no one wins. I snapped my mouth shut and embraced him into my chest. Where he continued to cry until his breathing evened out, his sobs were non-existent and he stopped shuddering.

I pulled back to look at him. He normally looked so young and happy. He had bags under his eyes, his hair was a tangled mess and his eyes were red and swollen.

How could I even call this a game anymore?

Dedication:
To the hardcore Danny Worsnop & Ben Bruce Shippers. As well as the AA Family. I love you guise!