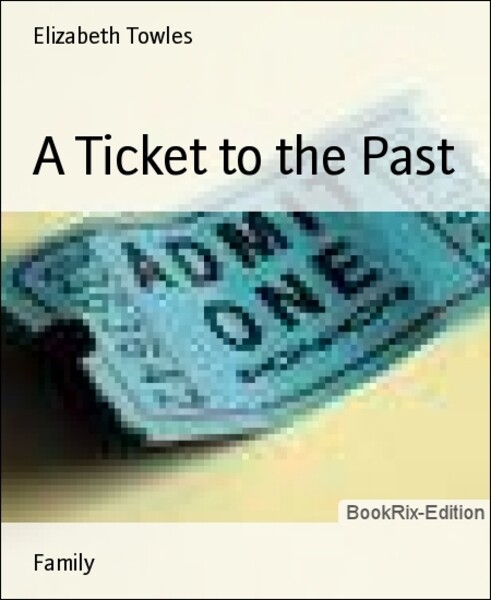 A Ticket to the Past


It was Saturday morning.
I was in the computer room working on a short story. I had closed the door earlier because John, my husband, was in the adjoining room, the music room, with the CD player turned to full volume…or so it seemed. And even as I read my work out loud, the music was in competition with the story rhythm.
I yelled, “Cut it down. Please…?”
He simply closed the second door between us. After several attempts, I still failed to get a handle on the cadence of the words. I upped the sound of my voice. But the music always won. I rose, shoved my chair back and jerked open the door. My shoes touched wetness. I pushed back the second door and my eyes fell on the glistening sheen of moving water gliding rapidly across the tiled floor. My husband whirled around in his chair.
He followed my glance, and in the next second he was up and running to the laundry room. Water covered the concrete floor. It stood a good two inches over a vast area, extending over most of the lower level of five rooms. Small rugs floated in abandonment. The cold water line behind the washer had burst open and water was spewing like a small geyser. John ran outside to cut off the main water line.
We rushed around cleaning up the mess, sorting through things that were damaged, or no longer in current use, and setting up fans to dry the carpet in three rooms. This spurt of domestic cleanup then led to another long-awaited chore: the getting rid of the excess, of thirty-years-plus, stored in our attic.

The call of my name came again from the opened attic doorway. John stepped into view.
Another cardboard box was lowered to me. My husband’s eyes met mine in silence, holding me to him for seconds longer before turning to his work. I saw immediately why the long look: handcuffs, police regulated size, lay atop the comic books, and assorted toys. I was thrown back into the afternoon of the infamous ‘handcuffs episode.’ I was cooking dinner one evening, the children were playing somewhere in the house, and my husband was taking a nap in the bedroom. A yell had me rushing toward the sound and when in our bedroom, I faced a red-faced, scowling Dad, with handcuffs on, and our young son cowering nearby.
“Do you see what your son has done?” My husband struggled to sit up. Our son ran from the room. I stood looking at my ‘caught’ husband. I choked back laughter, a real no-no for the moment. Whenever Scott was in trouble with John, our son became my son until things smoothed over.
My husband went on, “I was asleep, with my hands folded together. I felt something cool. I jerked, and that’s when I heard the handcuffs lock around my wrists. I told Scott, ‘Okay, son, you’ve had your fun, now unlock the cuffs.’ He just looked at me. I said again, ‘Scott, the fun is over, unlock the cuffs. Get the key, now.’ And you know what Scott said then, ‘What key, I don’t have a key.’” My husband hit the closet door with his handcuffed wrists. His outburst matched the blaze of anger glaring from his eyes. I heard Scott fly out the front door, the loud slam echoing in the bedroom. I looked at my husband, looked at the handcuffs circling his wrists, and knew this evening wasn’t going to end in any good fashion. I went in search for Scott and found him hiding behind the house. It seems the cuffs were a gift from a former neighborhood playmate whose dad had worked with the police department years before. The long night passed with my husband swearing with every turn in the bed, muttering our son’s name and enough expletives to last a lifetime—and me, getting a headache from holding in the giggles rocking inside my head. I did a lot of throat clearing, pressing my lips against my teeth… and sighing.
The cuffs finally came off the next morning when our neighbor came to the rescue with a hand saw, and all the while having a good laugh at the churlish look on my husband’s face. The story ran rampant throughout the neighborhood in a matter of hours. For weeks, John was greeted as—how’s the prisoner holding up these days? Laughter soon followed.

Another call for me went out; I stepped near the ladder.
With the package of rolled straw mats filling my arms, memories of warm days, the aroma of coconut tanning oil and giggling teenage girls sunning on the upper deck, walked across my mind.
Then, a large paper bag, holding four green rubber horseshoes, was dropped into my hands. My thoughts soared to yard games, boyish laughter and voices, both husky and high, dependent on stage of growth. I hugged the memories close.
On the bottom step, John placed my cosmetology case, scarred at the corners; its contents used for styling hair on those special prom dates, sometimes taming curls—but then again, sometimes not.

Years chronicled milestones as a bingo game, a favored Chinese checkers set, and several scrabble boards, all bearing signs of much-used handling, landed in my grip.

The roots of our marriage lay in the vast collection filling half the room. The items however, could be disposed of, but their intrinsic value of daily happenings bonded my husband and me in ways that only the two of us could share.

Overhead, the rustling noise stopped. I saw John’s head pop out.
“Here’s one more thing,” he said, passing me a very large, black garbage bag, the sides bulging out in all angles. Grappling with the bag, I felt the skeletal edges of empty clothes hangers, dozens perhaps—a final testament that life had spread out in other directions.
Dark vacant closets now held only the whispers of hurried searching hands and along the walls inside, the scent of energetic beings no longer warmed the air.
I slipped that thought to a safe-keeping place in my mind, knowing full well that the living goes on. It simply takes a different path.