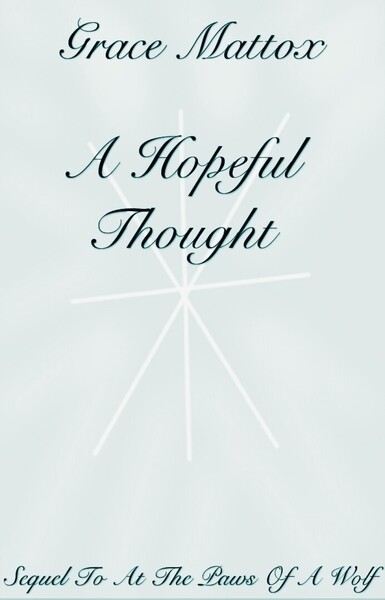 I remember..no, more than that. I can relive it. The pain, the horror--everything I felt. And, oh, the venom..

It spread quickly, more quickly than any forest fire. It's blazing scorch numbed me time after time; I couldn't even open my mouth to scream in protest. I could only lay there, shocked and hurt.

Through the pain I could hear the voices. Rough, tired, but anxious. It seemed they were getting...I don't know...sharper. Louder. Clearer. And the smell. All the smells I couldn't smell before rang out with it's own flavor. Each one was horrifying and shocking.

Well, all but one.

The pain, though melting quickly with each passing moment, I could feel leaving the lower part of my body to bring the burning to my throat. It itched, burned, and suddenly I believed the stories. I believed her. The one who bit me.

Her voice had rang, high and clear, almost childlike. It was smooth and sweet, almost..hypnotic. I couldn't think clearly until she lunged for my neck and the burning began. I remembered collapsing in pain, writhing on the forest floor..the forest she had led me to.

And now I was here--In this predicament.

My sister was growing up.

I realized with a jerk I had been sitting far too long on my bed--which was very unnecessary. It wasn't exactly like the books I read explained. I could sleep, but I could also go without it for a long time. Same with eating.

It just didn't feel the same anymore. Nothing felt natural.

I'll admit, it's a whole lot easier to be me now. I didn't really have to hide anymore. My sister, Rosie, knew my secret. It was safe with her. I was certain.

With Loki, well...we'll see how that turns out. Remembering Loki and Rosie spread a sharp, stabbing pain through me, like someone had shoved a knife deep into my chest. I remembered not long ago, maybe a week, Loki and Rosie were officially...well not announced, but declared a couple. All I could to was sit and watch. Watch my sister become older.

I was always going to be two years younger than her. Well, not always. On her seventeenth birthday, she'd be three years older. Its funny how fast time passes when your immortal--months go by like days. Weeks like seconds.

I felt the familiar stab in my chest as I realized one day my sister, who I counted as my little sister, would be gone. I tried not to think about it, but the more I tried, the more I thought. How could I stop this from happening?

I was forced to snap away from my queries for a moment. Knuckles rapped gently at the oak door; I, oddly enough, had heard no one approach. Mom and Dad must be at work. Strange they worked on a Saturday.

"Come in," I called out. That was another thing. I didn't like the way my new voice sounded. It was soft like..hers, and strangely silky and velvety. I cringed inwardly.

The door opened; I could hear every creak as it did. My sister stepped in through the doorway. I had known it was her instinctively.

"Hi Michael." Rosie stopped awkwardly. I held back a sigh. She didn't feel safe around me. Okay, I could understand that. But why feel so secure around her shape-shifter boyfriend?

"Hi," I replied. This time another figure stepped through the open doorway. I had smelled his scent a moment earlier. His eyes met mine with raging curiosity. Great.

"Sup?" Loki leaned against the half opened door, making it swing entirely open. He caught himself before he hit the floor and pushed himself upright.

"You need a new door." He complained, eyeing it as if it were some demon trying to murder him. "This ones evil."

I rolled my eyes. "Maybe you just need to improve your balance?" I retorted, holding a straight face. Loki stuck his tongue out at me, and I felt my mask break as I smiled in response. Strange, but it was so easy to get along with him. It truly didn't matter if he was a werewolf. He could be a demon for all I cared. I just didn't want my sister to grow up. Loki knew that.

Rose was looking at us with bewilderment. Her gaze focused on me for a moment, then on Loki with the same expression. I knew it was hard for her. I felt bad--even though it was Loki's fault--that I had basically ruined her life.

"So, what are we doing today?" Rosie said casually. I knew her better--she wanted me and Loki to do a hunting contest. That subject had been brought up so many times between the three of us, it was hard to believe she was still trying.

I looked at Loki. He must have the same thought; His nose was scrunched up as if something smelled. I fought back the laugh welling in my chest, but I was unable to hold back a low snicker. Too low for Rosie to hear, but Loki turned his brown gaze on me, lip curled.

I hissed back at him, showing my teeth. Rosie took a step backward, her eyes unfocused.

Loki let out a low noise in his throat, like a snarl. It came out sounding like choked laughter.

I rolled my eyes at him playfully and relaxed my stance. Thats what I thought.

Rosie watched us with curiosity. My playfulness subdued; It was replaced by sadness. Sadness I shouldn't let her see.

"Not hunting," I told her. Rosie sighed and dropped back into the chair I had at my desk in defeat. Thats how she was--she pretended to be fine with it, and then--

"Alright." She pouted. I moaned and closed my eyes. What is she thinking? Does she seriously want me to get into hunting mode while she is standing there?  Smelling more delicious than anything i've EVER eaten? What the freak?

Dedication:
The sequel to At The Paws Of A Wolf.